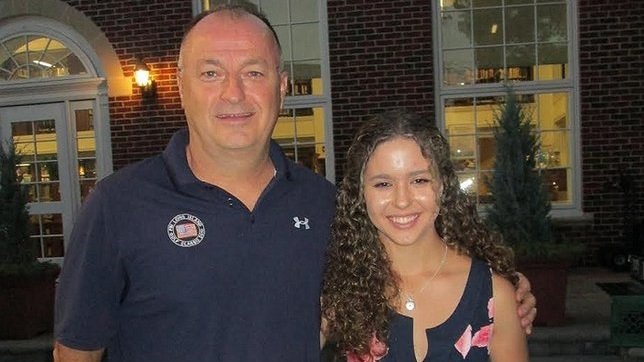 Smithtown, NY - August 26, 2016 - At a Girl Scout event, Suffolk County Legislator Rob Trotta heard a young scout play the national anthem on the violin and thought it was terrific and decided that it would be a nice addition to have a violinist play the anthem at one of the Dennis Cannataro Summer Concerts at the Smithtown Library. Although the Girl Scout was not available, Legislator Trotta recruited Isabella Benrubi, a student from the Grace Music School, to play the anthem. Isabella lives in Fort Salonga and has been playing the violin since kindergarten. She is an 11th grade student at the Knox School.