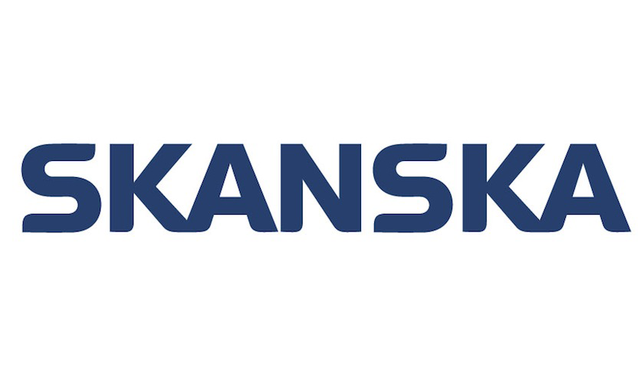 Brooklyn, NY May 29, 2014 - Governor Andrew M. Cuomo today announced that a design-build team has been selected to replace the eastbound Kosciuszko Bridge carrying the Brooklyn-Queens Expressway (Interstate 278) over Newtown Creek between Brooklyn and Queens in New York City. The team includes construction companies Skanska, an experienced design-build construction firm based in New York City, which will be managing partner; Ecco III of Yonkers; Kiewit of Nebraska; and HNTB of Kansas as the lead design firm. The $555 million project is the largest single contract the New York State Department of Transportation (NYSDOT) has ever undertaken.

“Replacing the Kosciuszko Bridge with a new span designed to last for the next 100 years means providing a stronger and more resilient transportation network for commuters throughout the New York City area for generations to come,” Governor Cuomo said. “Utilizing design-build will upgrade our vital infrastructure in a way that expedites the overall project and saves taxpayer dollars. I thank the State legislature for their support of the project’s funding and look forward to its ultimate completion.”

The 1.1 mile eastbound viaduct is being completely replaced, with the new span being built alongside the current bridge. The portion over water will be a cable-stayed design. The new bridge will improve safety and reduce congestion through wider driving lanes, the addition of auxiliary lanes and shoulders, and a reduced grade which will make it easier for trucks to stay up to speed. Streetscape enhancements will be made in the areas surrounding the new bridge, including new trees and decorative lighting. Other enhancements to the community include new parks and open spaces, and improved access to the waterfront.

Construction will begin later this summer with demolition of buildings to make room for the new bridge and pile driving for the bridge foundations. Construction on the foundations is expected to begin in the fall and continue through 2015, with the bulk of the new eastbound bridge being built in 2016 and demolition of the existing eastbound structure in 2017. All work is expected to be completed in early 2018. A new westbound viaduct will be built as part of a future project.

New York State Department of Transportation Commissioner Joan McDonald said, “The aging Kosciuszko Bridge carries more than 160,000 vehicles between Brooklyn and Queens each day and is essential to local and regional commerce. I commend Governor Cuomo for his dedication to making this critical investment in our transportation infrastructure in New York City that will keep travelers safe for decades to come and will support environmental and quality of life improvements in the communities it serves.”

Congresswoman Carolyn B. Maloney said, “I am thrilled that the design-build team has been selected to begin the much-needed replacement of the crumbling Kosciuszko Bridge. A new Kosciuszko Bridge, when it’s completed, will be a boon for Brooklyn and Queens residents, reducing traffic, improving safety, creating jobs and improving the local economy. This is one of the most important infrastructure projects in New York and I am proud to have helped secure $670 million in federal funding for this important project. I want to thank Governor Cuomo and members of the New York State Legislature for making infrastructure investments a top priority by providing state funds for projects like the Kosciuszko Bridge.”

Senator Martin Malavé Dilan said, “The replacement of the Kosciusko Bridge was an ideal design-build candidate. Governor Cuomo’s inclusion of the ailing 75-year old bridge in the NY Works Program will save on costs, generate good-paying local jobs and expedite job completion. I commend Governor Cuomo for his forward-thinking on the Kosciusko project and making the most of an opportunity to put people to work, improve public safety, provide pedestrian and bike accommodations, and create new open-spaces.”

Assemblyman Joseph R. Lentol said, “We know the current bridge needs replacement for the safety of New York’s drivers and for the residents of Brooklyn and Queens who live around it. Its reconstruction is important and urgent. The bridge also marks the entrance to Brooklyn from the North. We want the arrival to Brooklyn to be over state roads and bridges that are in good condition and modernized to handle the traffic New York has today – which is very different from when the bridge was built 75 years ago.”

Assemblywoman Catherine Nolan said, “The Kosciuszko Bridge is important to our transportation needs in Western Queens. I commend Governor Cuomo for making the right investments in our infrastructure so we can continue to build a better, safer New York.”

Queens Borough President Melinda Katz said, “The replacement of the Kosciuszko Bridge is an important investment that will benefit the people of Queens. I applaud Governor Cuomo for his invaluable support of this project, which will enhance public safety, improve traffic flow and stimulate the economy while at the same time protecting the environment and adding valuable new amenities to the surrounding neighborhood.”

Brooklyn Borough President Eric L. Adams said, "In order to build One Brooklyn that works for everyone, we must start by rebuilding and repairing our infrastructure, the foundation of our borough. The Kosciuszko Bridge is a major thoroughfare that, when replaced, will result in a safer, smoother and faster commute for hundreds of thousands of commuters every day. Additional measures to improve the local environment and expand open space will address key quality of life concerns in Greenpoint and the surrounding communities. I look forward to seeing the start of this project, as well as the economic activity it will generate for Brooklyn and its future."

The design-build contract for this project was modeled after the accelerated process used on the New New York Bridge project to replace the Tappan Zee Bridge. Design-build contractors submitted proposals to design and build the bridge at the same time. The design-build process, implemented by Governor Cuomo, allows for the combining of design and construction services into single contracts help expedite repair work to vital infrastructure and save taxpayer money. A Project Labor Agreement between the construction team and the New York City Building and Construction Trades Council is part of the agreement.

Funding for the project comes partially from the NYSDOT Capital Program, with $460 million from Governor Cuomo’s innovative NY Works program. NY Works is the centerpiece of Governor Cuomo’s jobs program, reinventing state economic development with an innovative new strategy to put New Yorkers back to work rebuilding the state’s infrastructure. The program is designed to create tens of thousands of jobs by coordinating comprehensive capital plans, overseeing all investment in infrastructure projects, and accelerating hundreds of critical projects across the state.