The Schlitt Law Firm Wins $4.9 Million Award for Nurse Beaten by a Patient

NY Supreme Court Justice Randy Sue Marber granted a $4.9 million award to a Nassau County nurse, Marie Sweeney, for the damages she suffered as a result of a vicious and violent attack upon her ... 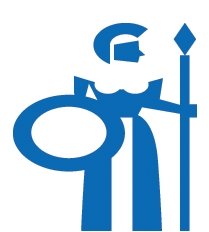 Nassau County, NY - September 10th, 2013 - Nassau County Supreme Court Justice Randy Sue Marber granted a $4.9 million award to a Nassau County nurse, Marie Sweeney, for the damages she suffered as a result of a vicious and violent attack upon her by a patient. The court found the defendant, Donte Oakes, liable for his assault on Nurse Sweeney while working as a nurse in the psychiatric ward at Franklin General Hospital. The case – Marie Sweeney v Donte Oakes – (Index number 601010/2011) had been filed on Ms. Sweeney’s behalf by the Schlitt Law Firm.

“This victory holds this man accountable for the way he altered my life,” Ms. Sweeney said after hearing the court’s verdict. “It is important to hold this criminal responsible on behalf of all nurses as we endure an increasing number of attacks at the hands of the very patients we are dedicated to serving. Nurses deserve protection.”

Ms. Sweeney testified about her attack. The patient had broken off the wooden leg of a chair in his room and carried that wooden club into a common area where Ms. Sweeney was working with a group of patients. He then attacked her, beating her over the head, face and neck until other staff could restrain him. The judge’s ruling found that Ms. Sweeney suffered multiple broken bones, a traumatic brain injury, extensive nerve damage and blindness in her left eye. The award compensates Ms. Sweeney for past and future pain and suffering, lost wages and medical expenses.

Ms. Sweeney’s attorney, Carol L. Schlitt said that Mr. Oakes was previously convicted of the assault on Ms. Sweeney and is serving an eleven year sentence in Dannemora. “The verdict today holds him financially responsible for the damages he caused Ms. Sweeney.” Attorney Schlitt, noted that Mr. Oakes is indigent so Ms. Sweeney is unlikely to ever see any payment from him. “This is not about the money,” said Ms. Sweeney, “it acknowledges the losses I have suffered.”

Asked why she pursued a case against a man who could not pay compensation, Ms. Sweeney said, “He robbed me of so much of my life, I wanted a court to publically hold him accountable for what he did. I wanted to stand up for myself and all nurses. And if he ever comes into money, if he wins lottery or inherits money, I want him to have to pay for what he did.”

Attorney Carol L. Schlitt explained that it was important to present the case of the assault on Ms. Sweeney to the court. “We needed to tell her story, the story of her attack and the damages Marie suffered. Telling that story is part of Marie’s healing.” Ms. Schlitt said, “The size of the award acknowledges the sacrifice that Ms. Sweeney made in her dedication to her patients. This is $4.9 million of justice.”