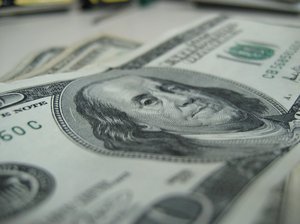 At Governor Cuomo’s direction, the Metropolitan Transportation Authority (MTA), the Port Authority of New York and New Jersey (PANYNJ) and the Moynihan Station Development Corporation (MSDC) worked together to prepare a plan that considered transportation needs and priorities on a regional level, in order to protect against stronger and more frequent storms in the future.

A key element of the plan is protecting commuter railroad access into Manhattan, by hardening Penn Station’s existing railroad service and providing alternate service to Penn Station for MTA Metro-North Railroad customers in the event of a single-point failure along its existing network through upper Manhattan and the Bronx.

“Our response to the billions in damage Superstorm Sandy caused our transportation system is to build back stronger, better and smarter than before,” Governor Cuomo said. “These projects build on the State’s commitment to transforming our infrastructure, transportation networks, energy supply, and coastal protections to better protect New Yorkers from future disaster.”

Governor Cuomo’s plan will be submitted this week to the Federal Transit Administration (FTA), which has made $3 billion available for resiliency programs throughout the region affected by Sandy. The New York plan includes projects worth $4.9 billion. The state’s applications exceed available federal funding because the projects represent the extensive need New York faces in trying to protect its vital infrastructure.

The Penn Station Access Network Resiliency effort would give Metro-North an alternate means to enter midtown Manhattan if its four-track main line through the Bronx or the Harlem River Lift Bridge were ever disrupted for a prolonged period. An outage there would halt commuter rail travel in New York’s northern suburbs and southeastern Connecticut, with a devastating impact on the regional economy. It has a $516 million estimated cost, of which $387 million is eligible for federal funding.

The River-to-River Rail Resiliency effort would protect the East River Tunnels and Penn Station, used by the MTA Long Island Rail Road as well as Amtrak and NJ Transit. It has a $321 million estimated cost, of which $241 million is eligible for federal funding.

Congressman Charles Rangel said, "Once again, I applaud Governor Cuomo for leading the nation in addressing one of the most critical issues of upgrading our current 20th century infrastructure to meet the demands of the 21st century. We can no longer afford to ignore the problems that arise because of our aging infrastructure. In Congress, I have continuously fought for infrastructure investments because I know that they not only modernize infrastructure, but also help generate jobs and boost the economy. I am confident that the Governor's new plan will help improve the quality of life for New Yorkers."

“These transportation resiliency projects are a vital step toward protecting our families, communities, and economy from the impact of another severe natural disaster,” said Congresswoman Nita M. Lowey, who as Ranking Member of the House Appropriations Committee, was instrumental in passing the $60 billion Sandy relief aid that will support this program. “Effective federal, state and local partnerships in support of this initiative will ensure that homes, businesses, and the safety of New Yorkers are better protected in the future. Governor Cuomo and I will continue working together with the New York Congressional delegation to do everything possible to ensure the preparedness of New York State.”

"Superstorm Sandy had devastating consequences to the way we live our lives and to the way our local economy works -- particularly to our transportation infrastructure. I am proud to have fought for greater funding for Sandy relief in Congress and to have worked with Governor Cuomo to make this day possible. We are investing much needed time and resources into getting vital transportation assets back up and running while also preparing our infrastructure to be more resilient and protected from future storms," said Congressman Jerrold Nadler. "As we move forward in the recovery from Superstorm Sandy, I will continue to work with the Governor to repair our transportation infrastructure from the devastating impacts of that terrible disaster."

Congressman Peter King said, “In light of the devastating and continued impact of Superstorm Sandy, this plan will go a long way to ensuring a more resilient transportation network.”

Representative Carolyn Maloney said, “We can’t just focus on recovery from Sandy, we’ve also got to prepare for the next superstorm,” said Congresswoman Carolyn Maloney. “The resiliency plan outlined by the Governor will move us toward that goal. We’ve already secured a significant amount of federal funding for this plan, and I’m going to continue working to ensure that New York has the resources it needs to be prepared.”

Congressman Greg Meeks said, “Our safety and security is my number one priority. Strengthening NYC’s public transportation system, especially in coastal areas like in Queens and Nassau, is absolutely essential to protecting our communities from future natural disasters. These investments focus essential resources to build a better, more resilient and redundant transit system that meets the demands of our community. I fully support Governor Cuomo’s efforts and am continuing to work with local, state, and federal officials to prioritize critical investments to improve our security.

Congressman Joe Crowley said, “Making New York’s public transportation systems more resilient to disasters is, without question, a necessity in a city as central to the nation’s economy as ours. After Superstorm Sandy, we saw just how incapacitated our city is when residents can’t use the transit they rely on to get to work every day. I’m glad Governor Cuomo has made this a priority because it is especially important for those in Queens and the Bronx who have limited transportation options. I am also pleased the plan includes a proposal to bring Metro North service to the East Bronx, a project that I have worked on for nearly a decade. I look forward to the Federal Transit Administration’s approval of this proposal so we can continue to strengthen our city’s transportation infrastructure.”

Congressman Steve Israel said, “Ensuring that our public transportation infrastructure is resilient in the face of future storms is vitally important to the thousands of New Yorkers I represent who depend on both the LIRR and the MTA to commute to work and in their day-to-day lives. I will continue to fight for federal funding for programs like this, so as we continue to rebuild from Superstorm Sandy, we are rebuilding stronger.”

“Many Long Islanders take the Long Island Rail Road to and from work each day, relying on the availability of this transportation system to support their families,” said Congressman Tim Bishop. “It is vitally important that we work together as a region to improve our transportation infrastructure so that we can minimize the impact of severe weather events like Superstorm Sandy. By planning ahead and addressing vulnerabilities early, we will be better prepared for future storms.”

Congresswoman Yvette Clarke said, “Our security depends on the development of roads, bridges, and mass transit capable of withstanding storms such as Hurricane Sandy. The devastation that occurred in Gerritsen Beach and Sheepshead Bay and other parts of New York State, when thousands of families could not access even the basic necessities, cannot be allowed to occur again.”

Congressman Michael G. Grimm said, “It is smart and prudent to proactively shore up our public transportation system’s storm resiliency, which will go a long way in mitigating the impact of major storms like Sandy and speed-up post disaster recovery to get our community up-and-running in a safe and efficient manner.”

“Thousands of commuters in the Hudson Valley depend on Metro-North, and as we prepare for the next storm, there’s not a minute to waste in making smart investments to build a stronger and more resilient system,” said Congressman Sean Patrick Maloney.

“After Hurricane Sandy wreaked havoc on our region, it became clear that we need to invest more resources to protect our transportation infrastructure against future storms, and this plan would go a long way towards accomplishing that goal,“ said Congresswoman Grace Meng. “I look forward to working with the Governor to implement this critical program.”

The transportation projects being submitted to the FTA are listed below in priority order for the MTA and the Port Authority. All were prepared using a comprehensive inventory and risk assessment to identify vulnerable assets and protect critical services. These projects are consistent with recommendations in numerous reports issued by city, state and national organizations aimed at improving the resilience of infrastructure, and will be coordinated with other regional priorities, including those funded by other Federal agencies.