Updated version of Ectomobile captured by a local resident. 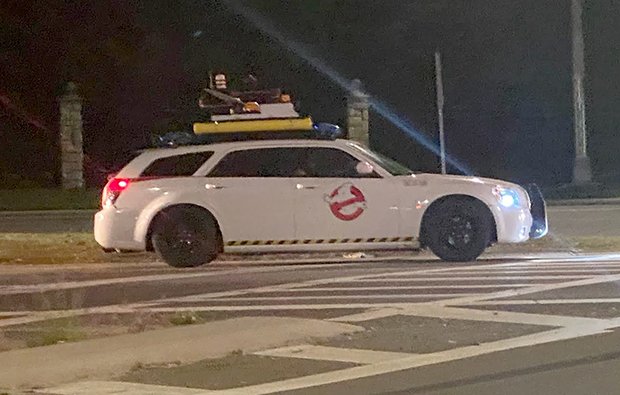 Who you gonna call when you spot what seems to be the famous ghostbusting vehicle from the popular and hilarious flick from the Eighties? Everyone!

When Mount Sinai resident Kristy Bohne - who works as an interior design consultant in the hotel industry - spotted the car from Ghostbusters sitting at a traffic light on Route 83 in her hometown she snapped a pic and sent it to friends and family. She also posted it on Facebook.

As you might expect people got jazzed to see the updated version of the Ectomobile (as it is referred to online). Ectomobile, or Ecto-1 was depicted in the movie as a 1959 Cadillac Miller-Meteor Futura Duplex limo-style endloader combination car (ambulance conversion).

We don’t know where this version of the Ghostbusters car was heading but we hope they got their ghost!

A new Ghostbusters movie is set to be released this Fall. Titled Ghostbusters: Afterlife, and directed by Jason Reitman and produced by Ivan Reitman, the new film is a sequel of sorts to the original film.