Robbers Run Away in Stolen Vehicle Colliding with Rockville Centre Police Car, One Man Still on the Loose

First Squad detectives report the arrest of an Oceanside man for criminal possession of stolen property that occurred in Rockville Centre on Wednesday, July 13, 2016 at 4:03 A.M. 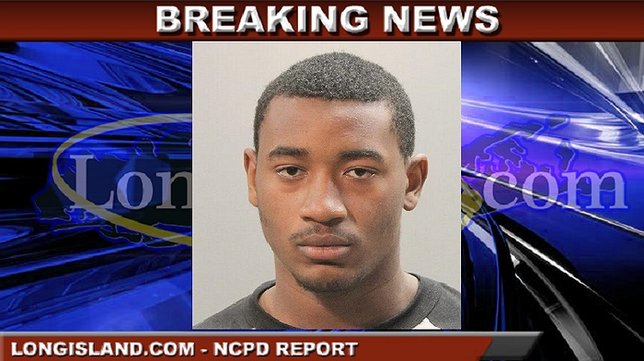 Jahni Robinson, 18, of Oceanside, was arrested after the vehicle he was in collided with a Rockville Centre police car. The driver of the vehicle has not been apprehended.

Rockville Centre, NY - July 14, 2016 - First Squad detectives report the arrest of an Oceanside man for criminal possession of stolen property that occurred in Rockville Centre on Wednesday, July 13, 2016 at 4:03 A.M.

According to detectives, Rockville Centre police officers responded to a residence on Broadway for a larceny from auto in progress.  Upon arrival they observed a 2016 Chevrolet Equinox with its headlights off.  As the officers approached to investigate, the vehicle sped off and at a high rate of speed onto Judson Place, where it then collided with a Rockville Centre police car.

Defendant Jahni Robinson, 18, of Oceanside, the passenger in the vehicle, was arrested at the scene of the accident.  The unknown driver, who fled on foot after the accident, has not been apprehended.  Subsequent investigation determined that the 2016 Chevrolet was stolen from Uniondale several hours earlier and that the defendant had been involved in two additional larcenies from autos, one on Broadway and one on Morningside Drive in Westbury on the same day.

North Shore ambulance transported the police officer, who sustained minor injuries in the auto accident, to a local hospital where he was treated and released.  No other injuries were reported.

Detectives are endeavoring to locate the second subject and request anyone with information to contact the First Squad at 516-573-6154.  All callers will remain anonymous.