Governor Andrew M. Cuomo today announced the return of the July 4th Fireworks Spectacular to Jones Beach, bringing back the Long Island patriotic tradition last held in the park in 2009. 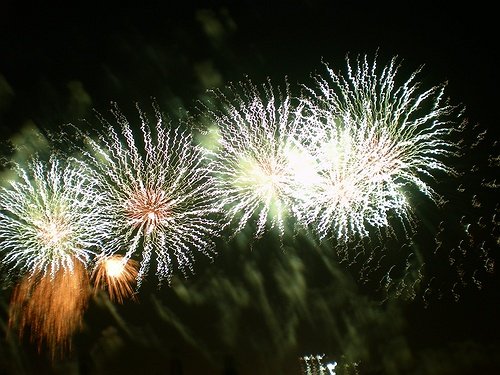 Wantagh, NY - May 26, 2015 - Governor Andrew M. Cuomo today announced the return of the July 4th Fireworks Spectacular to Jones Beach, bringing back the Long Island patriotic tradition last held in the park in 2009. The show, sponsored by Astoria Bank, is a 30-minute dazzling display that will feature a variety of colors and sights illuminating the sky at the highly visited and favored park.

“For generations, Long Islanders, their fellow New Yorkers, and visitors alike have enjoyed the July 4th fireworks spectacle at Jones Beach, and our administration is proud to revive this tradition,” Governor Cuomo said. “As we celebrate Independence Day this year, I encourage New Yorkers and tourists alike to join us and see all that Jones Beach and Long Island has to offer."

The colorful display, performed by Garden State Fireworks, will take place on Saturday, July 4 beginning at 9:30 p.m. This year, WALK 97.5 FM and WHLI AM will simulcast music during the fireworks presentation. The fireworks are included in the regular price of park admission.

“What better place to celebrate America’s birthday than at one of the most iconic and landmark state park destinations,” said State Parks Commissioner Rose Harvey. “Governor Cuomo’s investment into State Parks is both transforming the system and bringing back traditions beloved by generations of families. Jones Beach was built with the idea of bringing families together and there is no event like watching fireworks to do just that.”

The Astoria Bank July 4th Fireworks Spectacular has traditionally drawn an average of more than 100,000 spectators in prior years. Its return is part of Governor Cuomo’s NY Parks 2020 plan, a multi-year commitment to leverage a broad range of private and public funding to invest approximately $900 million in State Parks from 2011 to 2020. The 2015-16 State Budget includes $110 million toward this initiative.

"We are honored and proud to be sponsoring the Astoria Bank July 4th Fireworks Spectacular at Jones Beach this summer,” said Astoria Bank CEO & President Monte Redman. "The fireworks show is a meaningful part of our communities' Independence Day celebration. Visitors come from throughout our region to enjoy the event, which has an immensely positive impact on area businesses and creates a great deal of excitement for Long Islanders and their families."

Through NY Parks 2020, Governor Cuomo is modernizing the New York State park system – restoring facilities, enhancing visitor experience, updating signage, creating better access for tourists at parks across the State, and making comprehensive investments in the State’s most popular parks to ensure they remain relevant throughout the 21st Century.

The revitalization plan for Jones Beach includes expanding the park’s recreational opportunities, restoring historic and aesthetic grandeur, strengthening storm resiliency, and streamlining park entry, all of which will improve economic development and increase visitation to the park. As part of these revitalization efforts, Governor Cuomo announced in November 2014 the return of another program that had been missing from the park for years – the Jones Beach Holiday Lights Spectacular. The 2.5-mile drive offered 250,000 visitors the opportunity to view more than 150 animated and synchronized light displays that created a colorful and marvelous holiday experience in the park for the first time since 2007.