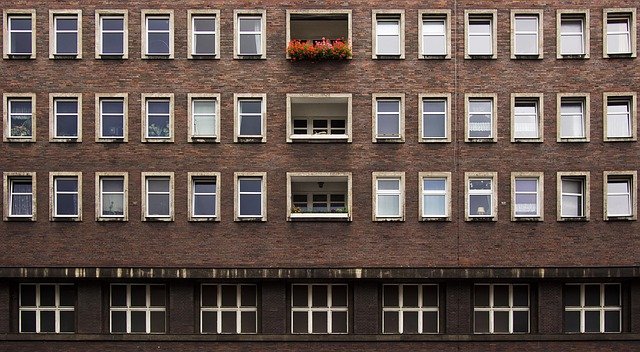 New York, NY - May 24, 2017 - Attorney General Eric T. Schneiderman today introduced the Tenant Protection Act of 2017, a new bill aimed at holding New York’s most unscrupulous landlords criminally accountable for tenant harassment.
Current state law requires that prosecutors reach an inexplicably high evidentiary bar in order to criminally convict a landlord of Harassment of a Rent Regulated Tenant—which is why, in the twenty years since its initial enactment by the NYS Legislature, not a single landlord has ever been convicted of that crime. The Attorney General’s Tenant Protection Act would change that, setting a more reasonable standard that eliminates the need to prove physical injury to a tenant, and opening the door to prosecutions arising out of more commonplace and insidious tactics -- such as turning off heat and hot water, exposing tenants to hazardous materials, and making rent-stabilized buildings deliberately uninhabitable for current tenants and their families.
The Tenant Protection Act of 2017 was introduced today by Attorney General Schneiderman as a program bill, and will be sponsored by Senator Liz Krueger and Assemblymember Joseph Lentol.
“The laws should protect tenants, not greedy landlords who make their buildings uninhabitable in an effort to force families out of their homes,” said Attorney General Schneiderman. “It’s clear that our existing criminal laws are simply inadequate when it comes to protecting tenants from these dangerous tactics by landlords. We must give prosecutors the tools necessary to protect tenants – and stem the rising tide of tenant harassment that is undermining affordability around New York.”
“Over the years I have heard far too many horror stories from my constituents about the harassment they have suffered at the hands of unscrupulous landlords trying to drive them out of their homes. But as the law stands now, it is nearly impossible for criminal charges to be filed against even the worst offenders,” said Senator Liz Krueger. “It is high time this law was updated to protect tenants and give them a fighting chance, and to safeguard our dwindling stock of affordable housing. I commend Attorney General Schneiderman for his leadership on this issue, and I urge my colleagues in the Legislature to support this bill so that New Yorkers can live free of the fear of harassment from their landlords.”
“Affordable housing is an antiquated concept in New York. Yet, rent regulation has provided many people the opportunity to stay in the neighborhood they grew up in. Unfortunately, many people have been pushed out by abusive and unscrupulous landlords. In an effort to get market-value rents, landlords have gone to great lengths to force rent-regulated tenants out of their homes. Their wrongdoings have escaped the scope of current criminal law. This legislation will ensure that landlords are punished if they purposefully harass tenants and sabotage rental units in an effort to force the tenants to leave. I look forward to working with Attorney General Schneiderman and my colleagues in the legislature to get this common-sense legislation passed,” said Assemblymember Joseph Lentol.
Under the existing Harassment of a Rent Regulated Tenant statute, a prosecutor must not only prove that the offending landlord intended to cause the tenant to vacate their home, but also that the tenant sustained physical injury due to the landlord’s actions and that the landlord intended to cause (or acted with criminal recklessness in causing) such injury. This existing Penal Law statute creates an inexplicably high bar that – in the nearly two decades since the law was enacted – has never been met. In fact, a recent analysis of NYS Division of Criminal Justice Services data shows that not a single landlord has ever been convicted of the crime of Harassment of a Rent Regulated Tenant.
Due to the high bar in the existing criminal tenant harassment statute, prosecutors often can successfully pursue serious criminal charges and tougher penalties against unscrupulous landlords only when there also is evidence of other serious crimes committed by the landlord. For example, the Attorney General’s office has charged landlords with mortgage fraud and larceny, which can occur when a landlord looks to inflate the rental income they receive from rent-regulated buildings, upon which they re-finance their loans. While some landlords who commit mortgage fraud and larceny also engage in tenant harassment, prosecutors should not have to rely on other statutes to bring felony charges against these bad actors.  Given the prevalence of this type of behavior, the public demands and prosecutors need a stand-alone statute to curb this behavior.
The Attorney General’s legislation would eliminate the need to prove physical injury to a rent regulated tenant, and a landlord’s specific intent to cause it, in order to secure a criminal conviction for harassment against an offending landlord. Among other things, the legislation would:
The new class A misdemeanor carries a maximum penalty of up to one year in jail. The class E felony carries a maximum sentence of up to four years in State prison.
The legislation introduced today is just the most recent action taken by the AG to stem a rising tide of tenant harassment complaints across New York City. The AG's other work includes:
“We applaud Attorney General Eric Schneiderman for putting these bills forward that will help us in our efforts to enforce tenants’ rights and ensure landlords face real consequences when engaging in harassment or other illegal behavior in attempts to force families out of their homes,” said Kerri White on behalf of Stabilizing NYC, a coalition of 17 grassroots organizations from across New York City dedicated to fighting tenant harassment. “We are extremely happy to see these bills be introduced by the New York State Senate and Assembly and encourage all members of those bodies to support this legislation.”