Says indictments against Chinese hackers are a good first step but impossible to enforce & international penalties are needed. 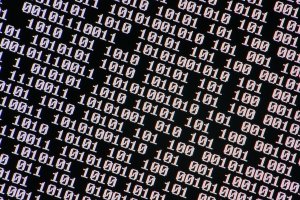 Washington, DC - May 22, 2014 - Today, U.S. Senator Charles E. Schumer called on U.S. Trade Representative Michael Froman to file suit against China at the World Trade Organization in response to Chinese cyber-attacks on American businesses. Earlier this week, the U.S. Department of Justice indicted five members of the Chinese People’s Liberation Army for cyber-attacks that included theft of sensitive, internal documents in an effort to help Chinese companies out-maneuver American companies in business negotiations. Due to China’s refusal to extradite these individuals, it is unlikely they’ll ever face trial in the United States. In order to ensure that China is punished for sanctioning cyber-attacks on American businesses, Schumer is calling on the U.S. government to seek damages through a WTO suit.
“Cyber-attacks from China and other nations could prove crippling to American businesses in the years to come, so we need real teeth in our response,” said Schumer. “DOJ did the right thing in filing these indictments, but the only way to really punish China for these outrageous attacks is through the WTO. The U.S. should immediately file suit to seek damages for these attacks, to show China and other countries that might cyber-attack U.S. business that this behavior is unacceptable and will have serious consequences.”
In the letter, Schumer notes that the Agreement on Trade-Related Aspects of Intellectual Property Rights (TRIPS) contained in the WTO requires each participating nation to protect trade secrets. In the recently unsealed indictment, the 5 members of the Chinese PLA are accused of hacking into internal networks of Alcoa, United States Steel Corporation and other American businesses, and stealing sensitive documents including emails from senior company officials. The Chinese military has repeatedly conducted cyber espionage against the United States. According to a report by Mandiant, a cyber-security firm, one group with alleged ties to the PLA has attacked 141 firms, across 20 different industries, in the last 8 years. Schumer argues these cyber-attacks are a clear violation of the TRIPS and that the U.S. Trade Representative should file suit at the WTO to punish China’s sanctioning of cyber-attacks.
The text of Senator Schumer’s letter appears below:
Dear Ambassador Froman:
I am writing to urge you to initiate a case at the World Trade Organization (WTO) against China for state-backed cyber espionage against American businesses and workers.  The sanctioning of these attacks – in which Chinese military officials have illegally gathered corporate information from members of the U.S. solar, nuclear and metal industries– is a threat not just to these specific companies, but to our entire economy.
As you know, the Department of Justice this week indicted five Chinese military officials for stealing trade secrets and other sensitive business information from at least six U.S. business and labor groups.  This is an important signal to China and other countries that cyber-attacks against U.S. businesses are absolutely unacceptable.  However, the United States and other countries who are victims of these attacks are powerless to enforce their own laws if the offending country refuses to extradite the accused.
It is critical to the cyber security of American businesses that we have in place and take advantage of strong enforcement mechanisms to punish countries who sanction cyber-attacks.  The Agreement on Trade-Related Aspects of Intellectual Property Rights (TRIPS) requires each WTO member to protect trade secrets and Chinese policies that sanction cyber espionage are in clear violation of that agreement.
Again, I strongly urge you to use every tool at your disposal to combat this threat to our economy.  Thank you for your attention to this matter, and I look forward to your reply.