After she lost her 11-year-old daughter, Joy Treanor worked with Christopher Briggs to raise money for diving equipment for Long Island towns. 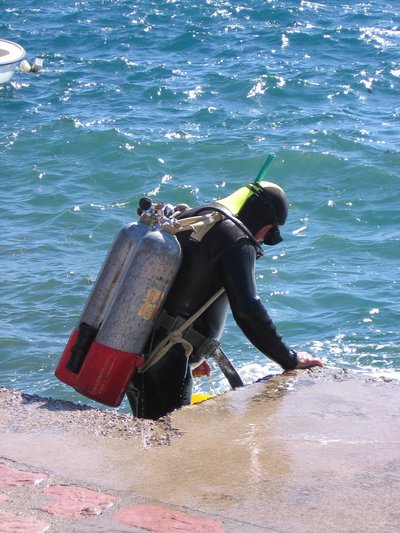 A woman who lost her daughter in a boating accident last summer has finally won her battle to get the local constables the lifesaving equipment they need to save others.

Joy Treanor’s eleven-year-old daughter Harlie drowned after the boat she was on boat capsized in Cold Spring Harbor last July 4.  When the bay constables arrived, they did not have the necessary equipment to save the kids, and none of them were trained divers.  A United States Coast Guard vessel also arrived at the scene without any divers on board.

Constables are typically "the first on scene when a call for drowning or boating accident occurs, said Bay Constable Christopher Briggs, according to Huntington Patch.  "Having a diver with rapid response diving equipment would allow for the quick immersion into the water to search and potentially rescue victims."

Briggs, who is also the president of the Bay Constable Benevolent Association, felt compelled to help Treanor since he is one of the few constables who is also a trained diver, but he was not on the scene because he had taken the night off – his first Fourth of July off in years.

"I'm not passing blame here," said Treanor to the Oyster Bay Town Board on Tuesday.  "Harlie was the first one to be pulled out and it took two hours to rescue her. Two hours? How is that possible?"

Harlie was aboard the Kandi Won, a yacht carrying 27 people that capsized at the end of a fireworks display on the evening of the Fourth of July.  She was one of three children that died in the incident.

The town did not offer any word on if they would purchas diving equipment, so Briggs spearheaded a fundraiser to get diving equipment in the hands of constables, and raised $50,000 through the Bay Constable Benevolent Association to form an emergency response dive team.  Briggs also used the funds to purchase ten Rapid Diver air units to provide air to both the diver and the victim.  To ensure that the same tragedy that happened to the Treanors is prevented elsewhere, four of the diving units will be used in Oyster Bay, two will to the South Shore, and two will go to the North Shore, according to News 12 Long Island.

Briggs and Treanor presented the town board with their donation on Tuesday.  Briggs has also announced that he is willing to supply training to dive teams, and plans on rallying other towns to get rescue divers together to prevent future drownings.