Volunteers Use the Web to Give Back to Hurricane Victims

A group of Brooklyn women take to Facebook and Twitter to coordinate relief efforts and get food and clothing directly to those in need. 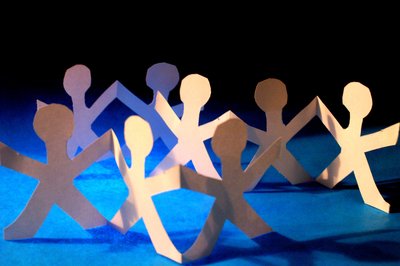 Though many consider indulging in social media to be a frivolity, a group of women from Brooklyn have taken to Facebook and Twitter with a serious passion to help repair the lives of those affected by Hurricane Sandy.

After seeing the aftermath of the superstorm and working side-by-side with victims, these twelve women saw many people in need, and also came across many volunteer opportunities. Many people who wanted to help did not know where to go, and those who needed particular things were limited in their reach  Thus on October 30, the Facebook page “Giving Back to Those Affected by Sandy” was born, with the mission to “make the specific connections that will quickly help people in need, with respect and compassion for all.” It has since garnered nearly 4,000 “likes,” and the group has extended their media reach to the twitter account @BKGIRLSGIVEBACK.

On both sites, people are invited to share information regarding the need for volunteers or the ability to volunteer one’s own services.  Anyone in need or eager to help is welcome to contact the women, and the group will re-post their message to the group’s followers.  Since they have begun, the Brooklyn natives have reached out for volunteers to make food for relief workers and victims, help clean out homes, and drive families who have lost their vehicles, among many other necessary jobs.

Lest pets be forgotten, the group has advertised shelters and a call for volunteers to foster pets so that families can get to work on fixing their homes without worrying about their animal companions. For those who have lost pets in the storm, the Facebook page also connects rescue groups with owners to reunite owners with their pets.

The Brooklyn ladies’ latest undertaking is to bring Thanksgiving meals to the victims so that they may retain a sense of normalcy and take comfort in the holiday.  To help in the relief efforts, send a message to the group on Facebook or Twitter.