Covid on Long Island: County Beaches For Residents Only This Summer

As local beaches prepare to open this weekend, restrictions are put in place. 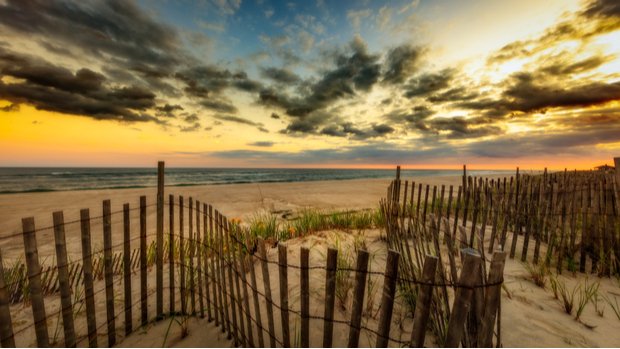 Both Suffolk and Nassau County executives have declared that their beaches are for residents only, cutting off access to the shoreline for people who live outside the county and drawing a line in the sand in the battle with New York City Mayor Bill de Blasio over their use this summer.

The New York City Mayor already said that city beaches will remain closed over fears that crowding will cause an uptick in Covid cases but he also said he thinks Long Island beaches should be accessible to New York City residents.

While the executives of both Suffolk and Nassau Counties express sympathy with cityfolk, they both say that restrictions at Long Island beaches and concerns of overcrowding mean they cannot allow non-residents access to their beaches. As it is, all beaches in New York State - if they are to open - will need to operate at 50% capacity.

“This isn’t about ‘ill feelings’ - there is reduced capacity due to the #COVID19 emergency,” Suffolk County Executive Steve Bellone wrote on Facebook. “Unfortunately, the Mayor’s decision to close New York City beaches reduces capacity even further across the region.”

Bellone made it clear in his post that Suffolk County beaches will be exclusively for its residents.

In Nassau, during a press conference on Monday, County Executive Laura Curran said that she had spoken to Mayor de Blasio and that she is sympathetic, but she said that her number one concern is the residents of Nassau County.

“In order to ensure Nassau residents can enjoy our only County-operated beach, I will sign legislation designating Nickerson Beach for Nassau residents’ use only,” she tweeted.

During her press conference, Curran said beaches are essential to Long Islanders in summer.

“I think this is such an important thing to open up,” she said. “We love our beaches. We are beach people on Long island.”

State and County beaches will open this Friday for Memorial Day weekend at half capacity. There will be no contact sports allowed, social distancing guidelines will have to be followed, masks must be worn, picnic areas are closed, and concession stands will be closed.

Local beaches will open under the same guidelines with the specifics left up to the municipalities. The Nassau/Suffolk Towns’ Summer Operations Task Force, a bi-county organization of all Long Island town supervisors, recently put out their collective guidelines for beach use.

New York State Senator Todd Kaminsky, who represents Long Island, has been vocal on social media expressing his concerns about what will happen if New York City does not open its beaches.

“NYC should have lifeguards and all necessary personnel ready to go for Memorial Day,” he tweeted. “The city has had ample time to develop a safety plan and prepare. If the mayor doesn’t open NYC beaches, other New Yorkers in neighboring areas will deal with unnecessary risks and chaos.”

Most people cannot fathom a summer on Long Island without their beaches, even if it will be a little different this year due to the pandemic.

“There is no summer on Long Island without the beach, and now more than ever our shores will serve as much-needed relief for residents looking to beat the heat,” said Curran.

“Try to make this as normal as we can,” said Bellone. “We talk about the new normal. It will be different.”