Steven Polizzi, 57, and Wesley Snider, 28, were nabbed with more than $2 million in weed, according to officials. 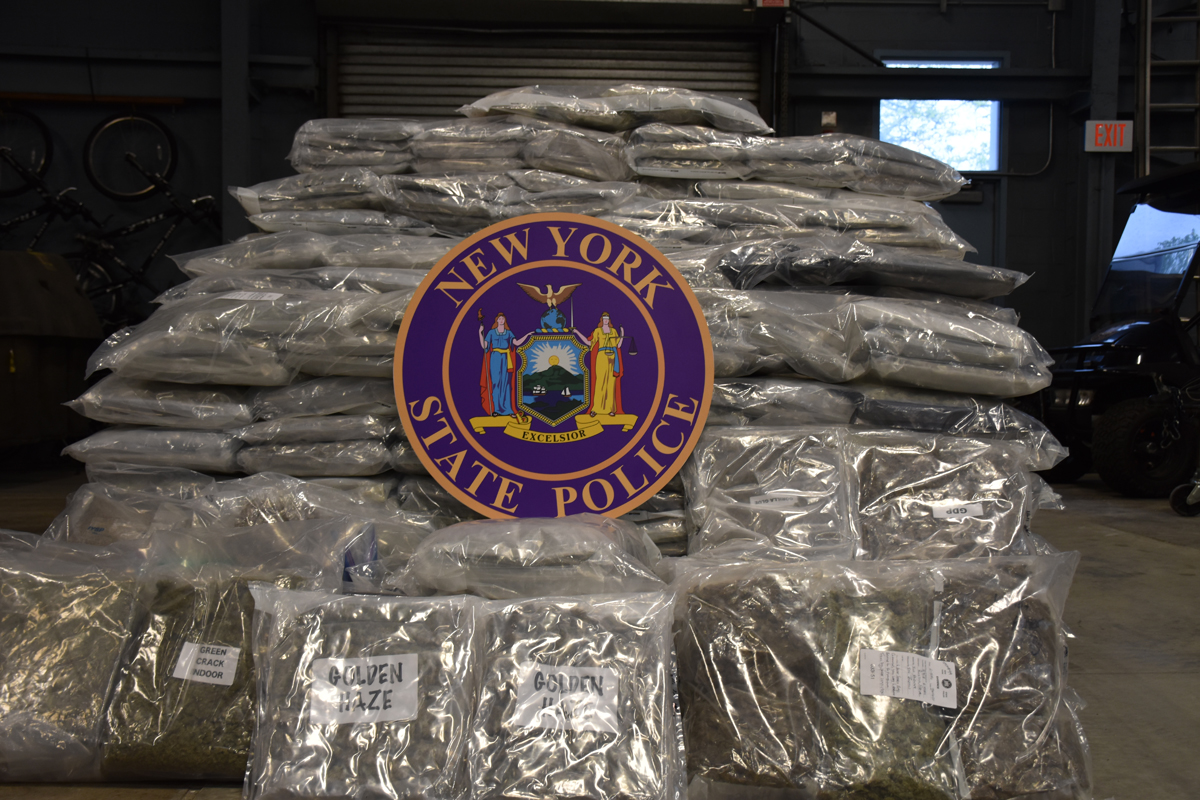 Over 500 pounds of marijuana seized by authorities. Photo Credit: NYS Police
The seizure resulted in over 500 pounds of marijuana, which has a street value of more than $2 million. In addition to the marijuana, there was more than $200,000 US currency along with multiple vehicles and real property worth millions of dollars seized.
The two men arrested and charges filed are:
Both were arraigned on 5/10/18 at Suffolk County 1st District Court and remanded to the Suffolk County Jail in lieu of bail.
A criminal charge is an accusation. A defendant is presumed innocent until and unless proven guilty.