The Third Squad reports the arrest of two Manorhaven men for Assault that occurred on Sunday, January 18, 2015 at 6:29 p.m. in Manorhaven. 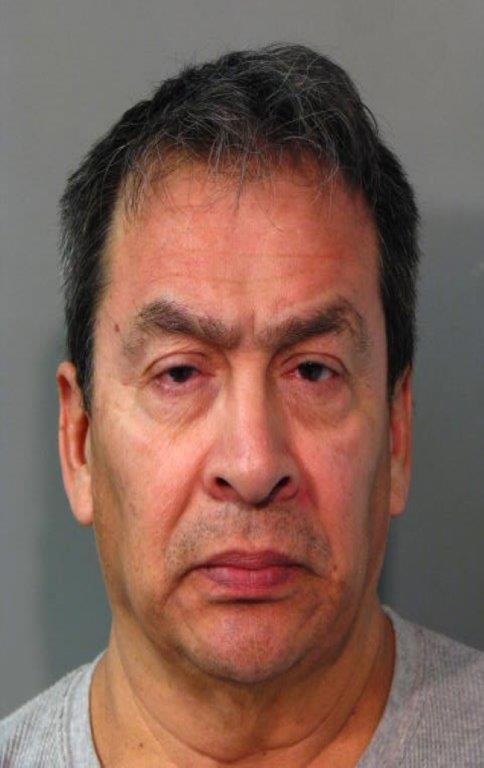 According to detectives, Third Precinct Officers responded to a Marwood Road South home for an assault call. During the investigation the defendant Edgar Monroy, 59 of Marwood Road South returned to the location. When he was advised by the officers that he was under arrest Monroy began to swing his arms at the officers. He then charged towards one of the officers knocking him to the ground and continued to punch him, while the second officer attempted to secure the defendant in handcuffs.

After placing Edgar Monroy (pictured right) in custody, his son Joel Monroy, 23 of Marwood Road South began to fight with the officers as well as a Nassau County Ambulance AMT who was at the scene. He punched all three numerous times before eventually being placed under arrest. Both officers and the AMT were treated at a local hospital for injuries to their arms, neck and backs which occurred as a result of both attacks.

They will both be arraigned on Monday, January 19, 2015 at First District Court in Hempstead.