By Christian Abbatecola Published: May 14 2014

A series of TV advertisements featuring celebrities was announced by Governor Cuomo at the second New York State Tourism Summit. 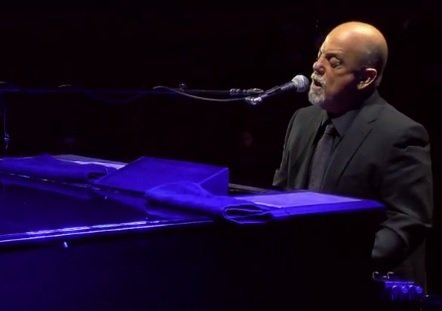 Governor Cuomo today unveiled a series of advertisements featuring several celebrities as part of a push to promote tourism to Long Island and the rest of New York State. Ed Burns, Steve Buscemi, Robert De Niro, Meryl Streep, Vanessa Williams, Michael Strahan, and Billy Joel each appear in a different 30-second TV spot proclaiming that “New York is my home” (with the exception of Strahan, who resides in New Jersey and states “I Love New York”).

Each celebrity spends their ad highlighting several different tourist attractions found within New York State, with three of them calling out Long Island specifically. Actor and screenwriter Ed Burns points out the state’s favorite fishing spots, including Montauk which he calls “one of the world’s top ten fishing destinations.”

Retired Giant and Super Bowl champion Michael Strahan discusses his love of outdoor activities, and promotes surfing on Long Island as the camera cuts to a shot of Long Beach.

The ads come as part of a larger statewide tourism campaign which will also see a 50 percent increase in promotional spending over last year. During the second annual New York State Tourism Summit, Governor Cuomo explained that the now $45 million is spending is aimed to create jobs and attract more visitors to New York.

“Tourism has been a central part of New York’s success in the past, and with world-class destinations and attractions in every region of the State we have the potential for unparalleled growth in the future,” he Cuomo during the summit. “Last year, nearly nine million more visitors came to New York than the year before, $7.5 billion in local and state taxes were generated, and we expect close to $60 billion in direct spending. Tourism plays an integral role in the economy, and we will continue our work to make sure it thrives, creates jobs and generates new economic opportunities for our state.”

In 2013, the tourism industry generated $59.2 billion in spending throughout New York, with an estimated $7.5 billion in state and local taxes collected as a result. 28,500 new jobs and $17.96 billion in wages were also produced by tourism last year.

On top of the new advertising campaign, the increased tourism push will see an increase in international partnerships to promote tourism from abroad. A jump to $12 million in funding for the Market NY program is planned as well, as is a stronger presence for “I Love New York” promotions at special events across the state, and transportation opportunities to make it easier for tourists to visit various attractions including local wineries and breweries.

The I Love New York Website is also being joined by an iOS and Android app to help visitors “Explore New York” and “Find information on attractions across the state from outdoor adventures to agritourism.”