May is Lyme Disease Awareness Month, Prevention is Better Than a Cure

The month of May is dedicated to spreading awareness of the prevalent, yet preventable illness, Lyme disease. Once the weather begins to warm, the threat of tick-borne illness escalates. 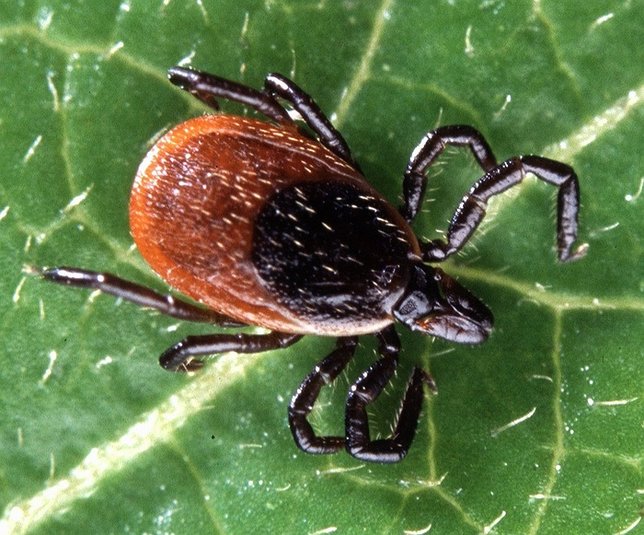 East Hampton, NY - May 2, 2016 - The month of May is dedicated to spreading awareness of the prevalent, yet preventable illness, Lyme disease. Once the weather begins to warm, the threat of tick-borne illness escalates. Brian Kelly, tick control expert and owner of East End Tick & Mosquito Control, strives to educate East End residents of the looming threat in an effort to help decrease the number of tick-related illnesses in our communities.

“After the very mild winter we experienced, we are already seeing a surge in tick activity this season,” says Kelly. “Now more than ever, it is critical to start taking measures to protect against and take steps to reduce the tick population in our area, especially with the discovery of the Borrelia mayonii species.” Until now, scientists have thought that Lyme disease was caused by one species of bacteria. A recent discovery proves that a new type of bacteria called B. mayonii is also a cause. While this species is a result of a black-legged deer tick bite, it can inflict nausea and vomiting, and more prominent neurological symptoms, in addition to traditional Lyme disease symptoms.

During the spring and early summer months, the transmission of Lyme disease is most commonly due to the bites of immature ticks called nymphs because they are less than 2 mm, comparable to a poppy seed, they are difficult to see and the bites are painless. In addition to their small size, ticks typically attach to hard-to-see areas of the body such as the groin, armpits and scalp. Lyme disease is an acute inflammatory bacterial infection that has been nicknamed “The Great Imitator” because its symptoms are similar to that of many other diseases, affecting any organ of the body, including the brain and nervous system, muscles and joints, and the heart.

According to the Center for Disease Control and Prevention (CDC), there are approximately 30,000 reported cases of Lyme disease in the United States each year, but estimate that 300,000 people are diagnosed annually. Studies show that 50% of ticks on the East End of Long Island are infected with the disease and that 70% of all people who are diagnosed with Lyme disease are bitten in their own yard.

Prevention
In order to decrease the risk of tick-related illness maintain a clean, trimmed lawn, cut back branches to let in more sunlight and consider tick collars and sprays for pets to prevent ticks being carried into the home on animals. Additionally, experts recommend that one or two perimeter spray treatments be done in mid-May and mid-June as ticks become increasingly active. “Always be sure to thoroughly check yourself, your family and your pets for ticks after time spent outdoors,” Kelly said.

About East End Tick & Mosquito Control:
East End Tick & Mosquito Control is the East End’s first and only tick and mosquito control specialists established in 1997. Licensed under the Department of Environmental Conservation, the fully-insured company is committed to keeping East Enders safe with the most effective and environmentally responsible treatment programs that feature necessary and specialized equipment as well as alternative options to harsh pesticides.

Recognized by the Lyme Disease Foundation, East End Tick & Mosquito Control is a member/sponsor of Empire State Lyme Disease Association and Time for Lyme, as well as a supporter of Southampton Hospital’s Tick-Borne Disease Resource Center.