Zeldin: "The senseless and tragic murders of four young men only further cemented our need to solve the gang violence crisis on Long Island and nationwide." 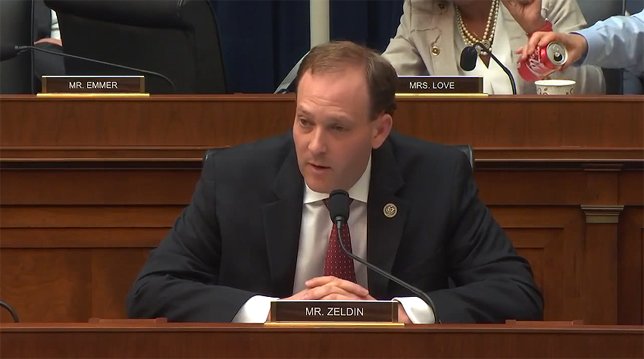 New York, NY - April 28, 2017 - Rep. Lee Zeldin (R, NY-1), member of the House Terrorism and Illicit Finance Subcommittee, attended a subcommittee hearing today entitled “Safeguarding the Financial System from Terrorist Financing,” where Mr. Jamal El-Hindi testified, the Acting Director of the Financial Crimes Enforcement Network (FinCEN) at the U.S. Department of the Treasury. During the hearing, Congressman Zeldin called on FinCEN to get more directly involved combating the rise in gang violence in Suffolk County, including the rise of brutal acts of violence from groups like MS-13 and other Central American gangs.
Congressman Zeldin said, “The issue of illicit financing and money laundering is hitting home in the most personal and tragic way in Suffolk County where we’ve seen ongoing violence perpetrated by MS-13 and other Central American gangs taking innocent lives and threatening the safety of our schools. Money laundering is a key tool for these violent criminal organizations that are tearing apart peaceful communities on Long Island and nationwide. It allows them to hide their drug trafficking revenue and transfer it illicitly across the border. It is how they buy weapons and fuels the growth of their dangerous criminal enterprises. Earlier this month, we saw the senseless and tragic murders of four young men, which only further cemented our need to solve the gang violence crisis on Long Island and nationwide. Two of the victims of these murders perpetrated by MS-13, Justin Llivicura and Jorge Tigre, were residents of New York’s First Congressional District. Now more than ever, we need coordination on all fronts so that our local law enforcement on the front lines can respond to this grave threat, working with other state and federal agencies. We must fight this battle on all fronts, including finances. I look forward to working with the U.S. Treasury Department and others at all levels of government to solve this crisis once and for all.”