Malverne Mel and Holtsville Hal are in agreement: The chilly temperatures will linger for six more weeks. 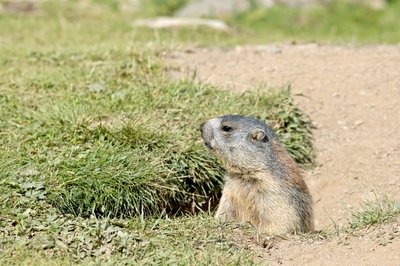 The island’s mini-meteorologists came out this morning to look for their shadows this Groundhog Day, and were unanimous in their decision: keep your coats, hats, and gloves at the ready, because Long Island appears to be in for six more weeks of winter.

Hundreds of locals gathered at the Holtsville Ecology Center this morning to see what Holtsville Hal would predict.  He was roused from his sleep, and Brookhaven Town Supervisor Ed Romaine announced that Hal had seen his shadow.

"Now I gotta go get the department of highways ready for the snowstorms," cracked Romaine before he left the stage.

Hal’s Nassau cousin, Malverne Mel, saw his shadow for the second year in a row before quickly retreating to his hut to avoid the chilly temperatures. Malverne locals stayed out for the Groundhog Day festivities, including multiple screenings of the movie Groundhog Day, a wood carving demonstration, and a scavenger hunt.

Sweetbriar Sam, the resident groundhog of Sweetbriar Nature Center in Smithtown who was rescued and rehabilitated after he was hit by a truck, decided not to make an appearance on Saturday.  As of 11 a.m., he had refused to leave his burrow in the cold weather. The nature center is still holding their Groundhog Day celebration and activities, but will instead introduce his animal friends, including their resident porcupine.

Long Island’s groundhogs’ predictions did not match up with those of Staten Island Chuck or the famous Punxsutawney Phil, who both did not see their shadows, meaning there would be an early end to winter.