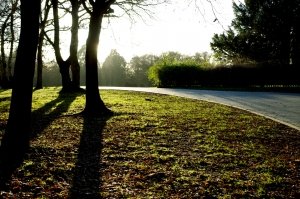 “As we celebrate Earth Day, we continue to invest in our parks and historic sites statewide,” Governor Cuomo said. “New York is proud to have the nation’s oldest State park system, and we will continue to do all that we can to preserve and guard these natural resources so that they can be enjoyed for generations to come.”

Office of Parks, Recreation and Historic Preservation Commissioner Rose Harvey said, “Not only will this investment continue to make much needed repairs in cherished State Parks large and small, the Governor’s 21st century transformation of our park system will enhance our environment, preserve our heritage, connect people with healthy, active outdoor recreation, and rev the engines of local economies.”

The initiative provides renewed stewardship of New York State’s flagship State Parks, which highlight the State’s most unique natural treasures and are significant tourism destinations. This year’s funding will launch a multi-year $65 million plan to restore the historic and aesthetic grandeur of Jones Beach State Park on the Long Island Coast; continue a $50 million revitalization of Niagara Falls State Park, the oldest State Park in the nation; and build a nature center at Letchworth State Park to enhance visits to the spectacular gorge known as “the Grand Canyon of the East.”

This is the third year of a sustained commitment to revitalize the State park system launched by Governor Cuomo’s New York Works program. The first two rounds of New York Works leveraged a $265 million investment in the park system, making improvements at 81 State parks and sites.

Assemblywoman Margaret Markey said, “All New Yorkers will be delighted to see this continuing investment in our public parks and historic sites. I am proud we in the Assembly have helped insure that Governor Cuomo’s New York Works program continues to improve and revitalize our precious natural treasures and recreational resources.”

“Thanks to Governor Cuomo and the legislature, New York's state parks are benefiting from one of the greatest periods of investment in their history,” said Erik Kulleseid, executive director of the Open Space Institute’s Alliance for New York State Parks.  “On behalf of the more than 60 million people who visit state parks each year, we are grateful for the sustained commitment to a fully‐restored, vibrant and inviting state park system.”

The New York State Office of Parks, Recreation and Historic Preservation oversees 179 state parks and 35 historic sites, which are visited by 60 million people annually. A recent study commissioned by Parks & Trails New York found that New York State Parks generates $1.9 billion in economic activity annually and supports 20,000 jobs. For more information on any of these recreation areas, call 518-474-0456 or visit www.nysparks.com, connect on Facebook, or follow on Twitter.