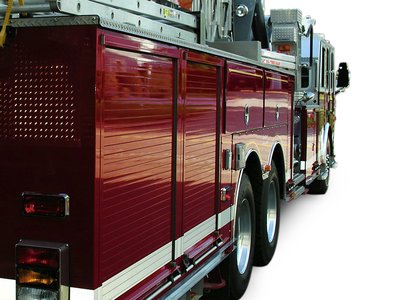 “Today we offer our deepest gratitude to the career and volunteer firefighters who protect us from harm and keep our communities safe every single day,” Governor Cuomo said. “All across the state, these individuals respond to calls for help, often placing themselves directly in harm’s way for the safety of others, and we thank them for their commitment and courage. We are also mindful today of the ultimate sacrifice paid by nine selfless individuals who will join their fellow firefighters on the State’s Fallen Firefighters Memorial. They will never be forgotten and will forever be in our thoughts and prayers.”

With the addition of this group of nine fallen firefighters, the state’s Fallen Firefighter Memorial now contains the names of 2,381 firefighters who have paid the ultimate sacrifice. This year’s additions are:

The State’s Fallen Firefighter Memorial recognizes and honors the men and women that have fallen in the line of duty, as well as pays tribute to the over 100,000 New York State firefighters who put their lives on the line every day. Fire Departments statewide respond to approximately 1.8 million incidents each year, which represents approximately 5,100 incidents daily; 215 incidents per hour; four incidents a minute.

“I deeply thank the incredibly brave men and women that battle fires across the state to keep New Yorkers safe, and as the former Chief of Police in Rochester, I recognize the loyalty firefighters demonstrate every time they are called to duty,” Lieutenant Governor Robert J. Duffy said. “I have seen firsthand through the horrifying tragedy in Webster last year the devastating effect that losing public safety officers has on a community. This memorial ceremony brings us together to remember the nine members of our force lost statewide, and it is our hope that the Fallen Firefighters Memorial ensures that they, along with their courageous efforts and of those in past years, are never forgotten. We as New Yorkers forever honor these firefighters, their families, and those that currently serve, and thank them immeasurably for their service.”

Senate Majority Coalition Co-Leader Dean G. Skelos said, "Our firefighters put their lives on the line each and every time they respond to an emergency. By running into a burning building when most people's instincts are telling them to get out, they are the heroes and protectors of our communities. The New York State Fallen Firefighters Memorial is a fitting tribute to the men and women who lost their lives in an attempt to save others, and the families they left behind. We applaud their courage and dedication today and every day."

Senate Majority Coalition Co-Leader Jeff Klein said, "These brave men and women are heroes every day. They inspire us to be better citizens and to look out for our communities and neighbors. Through their bravery and heroism, New York firefighters have earned a special place in all of our hearts and minds. I am pleased that we, as a state, are once again taking a moment to honor the incredible sacrifices made by these firefighters and their families."

Assembly Speaker Sheldon Silver said, “The men and women we memorialize today are heroes. Their courage in the face of danger, their willingness to sacrifice their own lives to ensure communities and neighborhoods across the state are kept out of harm’s way and their unflinching dedication to the state of New York cannot be overstated. We owe them a tremendous debt of gratitude that we can never repay.”

Jerome M. Hauer, Commissioner, New York State Division of Homeland Security and Emergency Services said, “Each firefighter knows the inherent danger they risk every time they answer a call for service and yet they always respond to emergencies with speed, determination and great courage. It is appropriate and fitting that we honor the memory of those firefighters who have perished while protecting their fellow citizens, as well as expressing our gratitude to the thousands of firefighters throughout our State who continue to keep us safe and secure.”

Bryant D. Stevens, New York State Fire Administrator said, “The nine firefighters we memorialize today leave a legacy of selfless dedication, bravery and courage. Each of them, in their own way, served their communities with pride and ultimately made the supreme sacrifice during this service. They now join the others who have gone before them and will forever be remembered by the engraving of their names on this wall. We thank them for their service and pray for their families and loved ones.”

Chief John M. Tighe, President, New York State Association of Fire Chiefs said, “We join together today to remember our comrades who have made the ultimate sacrifice while fulfilling their duty to protect the citizens of New York state. We honor the families they have left behind, as well as their fellow firefighters who continue to answer the call to serve each and every day.”

James Burns, President, Firemen’s Association of the State of New York said, “Today we honor nine brave firefighters who gave their lives while answering the call to help others. We also recognize the tens of thousands of men and women who place themselves in harm’s way each and every day to selflessly help those in need, many of whom do so on a voluntary basis. Whether it is a fire, building collapse, or Superstorm, the men and women of the fire service will uphold our duty to protect lives and property; all the while honoring the memories of those we have lost.”

Michael McManus, President, New York State Professional Fire Fighters Association said, “They went before us in honor, with great courage and hallowed our profession. At this momentous occasion, we can experience the solace that comes from a job well done and know they are in God’s embrace.”