Governor Cuomo Met with President Trump and here are the: Meeting Notes and more... 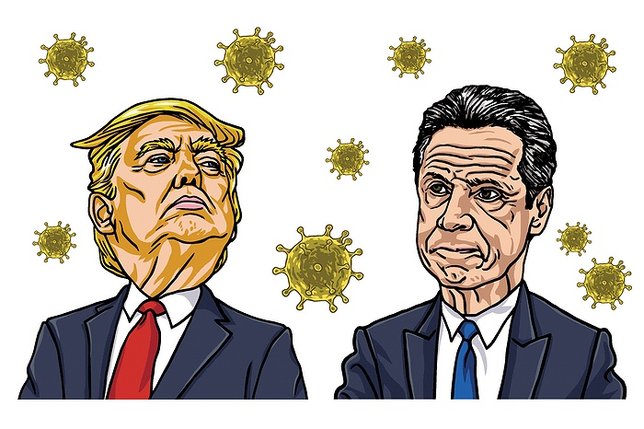 REOPENING:
– Cuomo reiterated that downstate coordination is necessary.  “What would you open in one region that wouldn’t cause people to flood that region?”
– A region opening might be opening themselves to a problem they weren’t
aware of.
MEETING WITH TRUMP
– “Very productive” and “positive” meeting with the White House.
– Responsibilities for testing: a state gov’t will manage the actual test in their own labs.  How many tests, where, staff, how often, all state decisions.
– Antibody tests are also state responsibilities.
– Tracing is state responsibility.
– Fed Gov’t stepping in on international supply chains for national manufacturers.
FUNDING FOR THE STATES:
– President stated that he understood the issue, and would work to get funding in an additional bill.
– Spoke with Sec. Minuchin as well.  No way NY can pay FEMA match money
(this was mentioned very early on in the briefings).
– President & Sec stated that they understood and that they would work to waive the match mandate.
– Governor states that the discussion included President’s staff, and noted that the conversation was granular, in order to hammer out details right then and there.
TESTING:
– Feds will work on supply for manufacturers, states will work with the
labs on administration functions.
– Gov reiterates that increasing capacity will take several weeks.
– Price tag: “it will be expensive”, and the state is working on estimates.  Add tracing on top of that / Gov states that tracing will be an enormous undertaking.
– Both antibody testing and diagnostic testing will be done (40k combined).  Priority not yet determined between the two, but Gov mentioned diagnostic as possibility.
– “We didn’t talk about how he was going to do his end…”  Gov mentions that they didn’t talk about state’s specific actions either.
– Antibody test will set denominator and will enable convalescent plasma donation, as well as get people back working.
– Concerns about antibody testing?  Reporter mentions WHO report that put
into question the usefulness of the test.  Gov states that if that is true, the antibody test is useful basically for the denominator function.
– NY averaging 20k tests per day, looking to get to 40k per day.  Need several weeks to ramp up
– Gov states 40k is maximum the state labs can manage running 24/7.

BUDGET:
– State will produce a financial projection in a few days that will state that the state will have to make significant cuts.
– Gov expresses frustration with not having federal money now, even with promises of future legislation.
– “It’s not politically sexy to give money to a state.”  Gov says that the optics are just one government giving money to another government, and not handing it to someone “you can call” and tout the accomplishment.
– “I can’t do a budget on don’t worry next time… especially when the promise has been made and repeatedly broken.”

USNS COMFORT & JAVITS:
– Was it worth it?  To those 172 people it was worth it.
– “Monday morning quarterbacking is sort of what we do as a pastime.”
– Governor credits actions in NY PAUSE as a reason for not making the projections.
– 1,200 people were in Javits.  “At one time 1,200 lives were respected and meant something.”  “Every number is a person…”
– USNS Comfort: at current rate, it’s not needed in NYS.  Whoever needs it should have it.