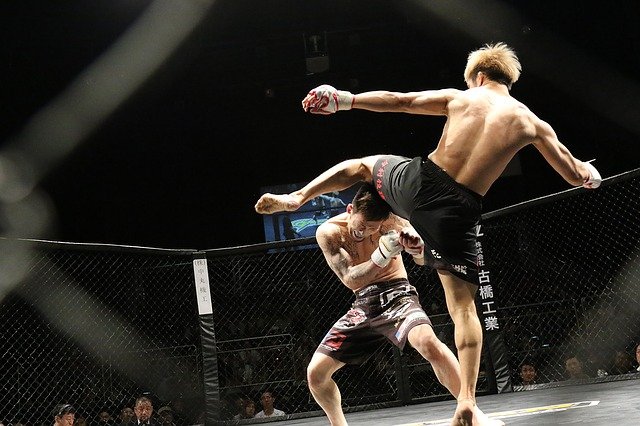 New York, NY - December 20, 2018 - Governor Andrew M. Cuomo today announced the combat sports industry in New York State is thriving, with unprecedented revenue and economic development since the introduction of Mixed Martial Arts two years ago. Combat sports in New York consist of MMA, boxing and wrestling events - all of which have seen dramatic increases in activity since September 2016, when MMA became legal in New York. For the two years prior to the introduction of MMA in New York, overall revenue from combat sports was $31.9 million. That number jumped to $97 million for the two years following the introduction of MMA - a 204 percent increase.
"The combat sports industry has produced unprecedented revenue and economic activity for New York since the introduction of Mixed Martial Arts two years ago," Governor Cuomo said. "This new data speaks volumes about the popularity of these exciting events, which support hundreds of jobs and millions of dollars in economic output."
Prior to September 1, 2016, the only forms of regulated combat sports permitted in New York State were boxing and wrestling-type events. The two years leading up to the legalization of MMA in the state - September 1, 2014 to August 31, 2016 - showed that the industry was healthy but had not yet reached its full potential:
The legalization of MMA kickstarted unprecedented growth among all combat sports, as demonstrated through the same metrics from September 1, 2016 through the end of August 2018:
MMA: Since its legalization, MMA has made an impact across the state, with Ultimate Fighting Championship (UFC) holding multiple events with more than 110,000 attendees in New York City, Brooklyn, Buffalo, Albany, Utica and Uniondale. The company's events at Madison Square Garden and KeyBank Center have ranked among the highest-grossing sports events in the venues' histories. According to the company, UFC has generated more than $100 million in economic output for the state. UFC's debut November 12, 2016 event in New York State generated more than $37 million for the New York City Metro area, with more than $18.4 million in salaries and wages for 300 jobs, according to UFC-commissioned studies. An April 2017 UFC event in Buffalo generated $7.4 million in economic output for Western New York, with $3 million in salaries and wages for 72 jobs.
Boxing: Boxing's total revenue in New York State skyrocketed from $13.43 million during the September 1, 2014-August 31, 2016 period to $27.95 million in the past two years - a 108 percent increase. Tax revenue jumped from $355,231 to $807,949 during the same period - a 127 percent increase. The number of tickets sold for boxing events across the state nearly doubled, increasing from 58,501 to 103,215.
Wrestling/Other: Regulated wrestling and other events continue to be popular across the state as well, with more than 200 events taking place over the past four years. Total revenue generated in the two years before and after the legalization of MMA remained consistent, between $18.05 million and $17.91 million. Taxes to New York State stabilized, going from $587,264 to $527,724. The number of events remained steady as well (98 increasing to 100), with a ten percent increase in tickets sold (275,000 to 303,000).
Combat sports in New York State are sanctioned and regulated by the New York State Athletic Commission, which ensures the health and safety of participants and the integrity of the contests. The New York State Athletic Commission licenses all participants, including fighters, seconds, promoters and more, and employs the officials at each contest. In the past two years, the Commission has renewed its commitment to health, safety and integrity with standardized protocols at ringside, enhanced medical screening procedures and strong, effective leadership.