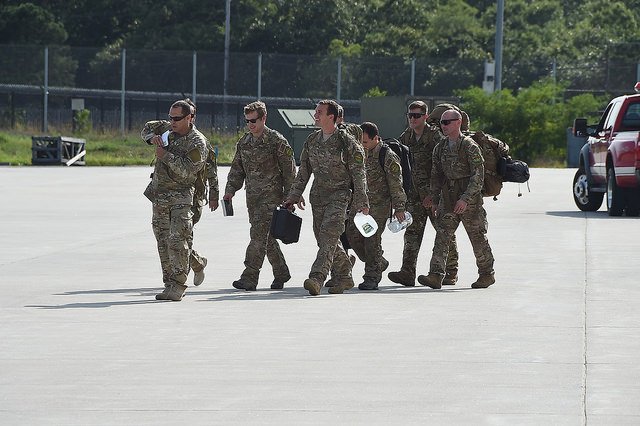 Albany, NY - December 14, 2017 - Governor Andrew M. Cuomo today announced that nine members of the New York Air National Guard have been dispatched to California to assist in the state's response to wildfires. Members of the 174th Attack Wing will use MQ9 aircraft to track and help battle wildfires that have already burned 234,000 acres and destroyed more than 1,000 buildings.
"New Yorkers always help their neighbors in their time of need and I thank the members of 174th Attack Wing for representing the very best of the Empire State spirit as they assist our friends in California," Governor Cuomo said. "As California works day and night to stop these fires, New York is proud to provide reinforcements and the use of advanced technology to help identify where to dispatch firefighting efforts to end this tragic event."
The New York Airmen will assist California Air Guardsmen who have been stretched thin throughout the response operation. On December 13, the 174th Attack Wing deployed:
Members of the New York Air National Guard are trained to fly and operate the MQ-9 aircraft, which is used by the military for remotely piloted surveillance and combat air patrol missions. The MQ-9s have been providing overhead video to fire managers in California by flying at high altitudes for over 14 hours and using sensors that can see through smoke. The MQ-9s are not impacted by high winds, which often keep other aircrafts like helicopters from operating over fire areas. The MQ-9 is also able to continuously orbit over a geographic area, which provides the incident commander a much clearer picture of the situation and enables guard members to make better response decisions.
The Airmen are due to return to New York on December 22.
The 174th Attack Wing has been operating the MQ-9 since 2009. Unit members train U.S. Air Force and allied personnel in MQ-9 flight and maintenance operations. The wing's Airmen also regularly fly MQ-9s on combat and training missions from a control center at Hancock Field Air National Guard Base.