A recent proposal would end the practice of giving Suffolk officials a raise without a vote every year. 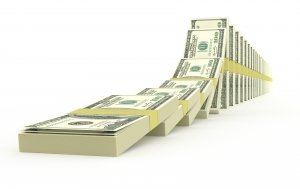 A bill proposed by Suffolk County Legislator Bill Lindsay III that would bring to an end automatic annual pay raises for elected officials will come to a public hearing in ten days.

Under current law, the County Legislature, Clerk, Comptroller, Treasurer, and Executive all receive a yearly pay increase equal to the lesser of either 4% or the increase in the regional consumer price index. The raise is automatic, and has averaged out to an annual pay increase of 2.73% for Suffolk officials over the past decade.

“In tough economic times government needs to find ways to save taxpayer money,” said Legislator Lindsay III. “With a projected cost savings of over a half million dollars, this resolution does just that.”

Lindsay’s proposal would force Suffolk’s elected officials to hold a public vote in order to increase their salary each year, in much the same fashion as lawmakers already do in Nassau.

According to the Legislature’s non-partisan Budget Review Office, this resolution could save the county over half a million dollars by 2018, and continue to reduce Suffolk’s expenses well beyond that point.

“This resolution will reduce spending, help decrease the deficit and give our residents more of a voice in the budgeting process,” Lindsay said.

A public hearing on Lindsay’s proposal will be held on Tuesday, April 29 at 2:30PM in the Maxine S. Postal Legislative Auditorium in Riverhead.