Governor Andrew M. Cuomo today announced that as part of Earth Week 2016, which takes place this week, numerous family-friendly events are being held to encourage New Yorkers to experience the great outdoors and learn ... 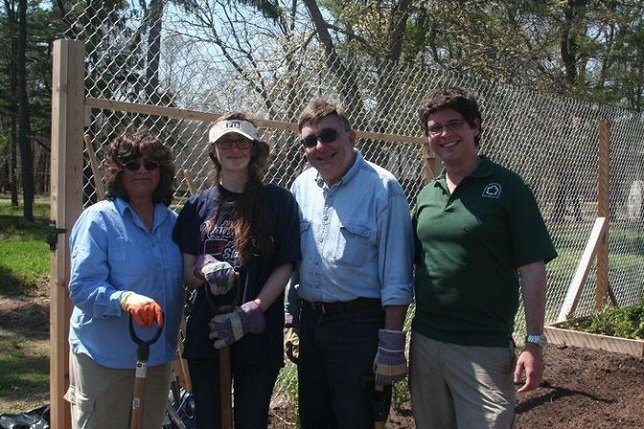 Volunteers at Connetquot River State Park Preserve from I Love My Park Day 2014. Earth Week events are being held statewide for families to enjoy nature and learn about environmental sustainability.

Photo by: Park Staff, via LongIsland.com.

“Our environment and its natural beauty are among New York's greatest assets – and we all share a collective responsibility to protect them for future generations,” said Governor Cuomo. “Our administration has taken bold steps over the past six years to build a cleaner and greener state, and I am proud to be continuing that legacy this year. As we observe Earth Week and continue to stand up for the environment, I encourage all New Yorkers to help us ensure cleaner and healthier communities for all.”

The Governor’s administration is commemorating Earth Week in part by hosting dozens of events across the state. The public can connect to nature by partaking in hikes, observing natural wildlife, tree plantings and a variety of exhibits aimed at educating New Yorkers on the importance of sustaining the environment. Lists of family events can be found here from the Department of Environmental Conservation and here from the Office of Parks, Recreation and Historic Preservation.

“I’m proud to celebrate Earth Week by hosting these important events for all families and residents to learn about DEC’s comprehensive efforts to protect and restore our vital natural resources,” said DEC Acting Commissioner Basil Seggos. “Everyone can be a good environmental steward, and there are many simple choices we can make every day to live more sustainably. I encourage all New Yorkers to take part in our activities and help ensure our environment is clean and healthy for future generations to enjoy.”

“New York State Parks works to continue its mission of being responsible stewards of our valuable natural, historic and cultural resources,” said State Parks Commissioner Rose Harvey. “I invite New Yorkers of all ages to celebrate Earth Day by taking part in the volunteer opportunities and celebrations being offered by our state parks and historic sites, this week and throughout the year.”

"Under Governor Cuomo's comprehensive clean energy plan, Reforming the Energy Vision (REV) and other major actions to combat climate change and reduce greenhouse gas emissions, New York State is the model for other states and countries to follow," said Richard Kauffman, Chairman of Energy and Finance, New York State. "With nation-leading initiatives such as mandating 50 percent of electricity coming from renewable energy by 2030 and the $5 billion clean energy fund, New York has already created new clean energy jobs and seen nearly 600 percent growth in solar under the Governor. "