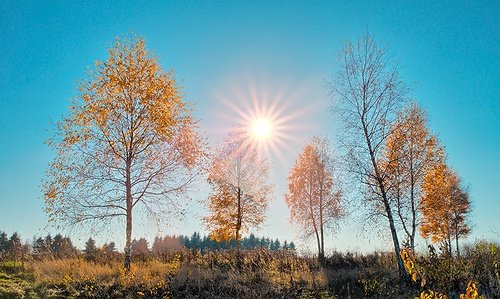 Albany, NY - September 10, 2014 - Governor Andrew M. Cuomo today announced this season’s first I LOVE NEW YORK fall foliage report, which charts color foliage conditions across the State, is available beginning today and will be updated every Wednesday through the end of autumn. Additionally, I LOVE NEW YORK is introducing a complementary “Foliage Photog of the Week” social media campaign that will select and promote one photograph each week through November that is tagged using #NYLovesFall to promote autumn tourism in New York.

“From the foothills of the Catskill Mountains to the peaks of the Adirondack Mountains, New York is home to one of the most vivid autumns anywhere in the world,” Governor Cuomo said. “The changing leaves also drive regional tourism across Upstate, supporting jobs and providing a significant boost to local economies. By amplifying this year’s foliage report with social media, more people will see what New York has to offer and I have no doubt that they will want to experience it for themselves.”

The fall foliage season is one of the State’s most popular travel seasons and means big business for New York. In 2013 alone, it is estimated that travel spending in New York State from September through November had a $15.67 billion total economic impact, with $25.28 billion in direct spending.

To promote the sensational sites of autumn in New York State, I LOVE NEW YORK will host a social media campaign featuring photos taken by Twitter, Instagram and Facebook users in the state called “Foliage Photog of the Week.” Beginning the week of September 22 and running through November, one spectacular New York State fall foliage unfiltered photo posted using #NYLovesFall will be chosen and shared across I LOVE NEW YORK social media pages. Each photo must be tagged with the name of the location of where the photo was taken.

Along with bragging rights and elevated status, each Foliage Photog of the Week will receive an I LOVE NEW YORK t-shirt. At the end of the promotion, the photo from the Foliage Photog of the Week that receives the most likes or favorites from I LOVE NEW YORK’s social community will receive a Taste NY Gift Pack filled with locally produced products. For more information about the promotion visit the website.

#NYLovesFall on Twitter will also provide fall foliage information, including sneak previews of the week’s fall foliage report. To learn how to become a volunteer Leaf Peeper, e-mail your name, address and phone number to foliage@esd.ny.gov. Fall foliage reports are also available by dialing, toll-free, 800-CALL-NYS (800-225-5697) from anywhere in the U.S., its territories and Canada.

MEDIA: If you would like to directly receive I LOVE NEW YORK fall foliage reports along with the weekly color progression map, contact Eric Scheffel at escheffel@esd.ny.gov or 518-292-5274.

The Northeast has a great variety of broad-leaved trees, which help give the region’s foliage a spectacular color range. New York State has almost as many acres of such trees as the rest of the Northeast combined.

The change in color from the bright greens of summer to the brilliant hues of fall follows a predictable pattern across New York State. It begins high in the Adirondack and Catskill Mountains in late August and early September, and spreads out and down across the hills and valleys of the state, ending on Long Island and in New York City in early November. It takes about two weeks for the colors to complete their cycles in any given area, with peak brilliance lasting three to four days in any one spot.

Seasonal conditions and the resultant chemical changes in the leaves are the key factors in the timing and coloration of the leaves. Generally, clear, sunny days and cool nights with temperatures in the 40’s bring about the most striking autumn colors.

Three chemicals within the leaves – chlorophyll, carotenoids and anthocyanins – are involved in the annual color change process. As temperatures cool and the days shorten, cells at the base of the leaves disintegrate, blocking passages from the leaves to the branches and causing chlorophyll to decompose.

Chlorophyll is what gives most plants their green color. As the chlorophyll fades, colors in the other pigments – the carotenoids and anthocyanins – come to the surface. Trees with leaves having a preponderance of carotenoids – like beech, birch and willow – turn varying shades of yellow. When anthocyanins predominate – as in the case of many maples, dogwoods and sumac – reds and purples appear.