Trotta: “It is an honor to personally thank these men who continue to serve their community as they have served their country." 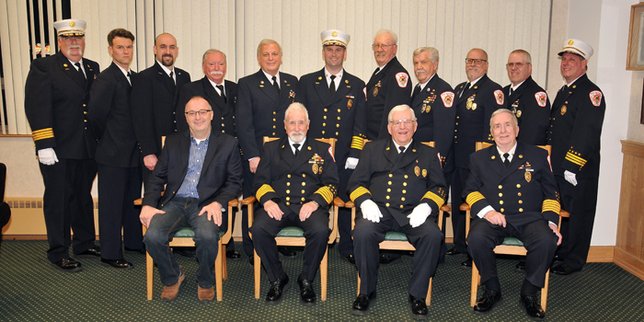 Northport, NY - April 17, 2017 - Suffolk County Legislator Rob Trotta attended the April board meeting of the East Northport Fire Department to recognize members of the department who have served in the military. In 2015, the Suffolk County Legislature established a program to create a commemorative pin to be presented to current volunteer firefighters and emergency medicalvolunteers who have also been in the armed forces. “It is an honor to personally thank these men who continue to serve their community as they have served their country. I applaud their commitment, dedication and bravery,” said Legislator Trotta.
Legislator Robert Trotta represents the 13th Legislative District, which includes Smithtown, Fort Salonga, Kings Park, San Remo, Nissequogue, Head of the Harbor, and St. James, as well as most of East Northport and parts of Northport and Commack.
Legislator Trotta serves on the Legislature’s Economic Development, Environment, Planning & Agriculture, Health,Public Works, Transportation & Energy, and Ways & Means Committees.