Hunters harvested an estimated 202,973 deer during the 2015-16 hunting seasons, approximately 15% less than the prior year. 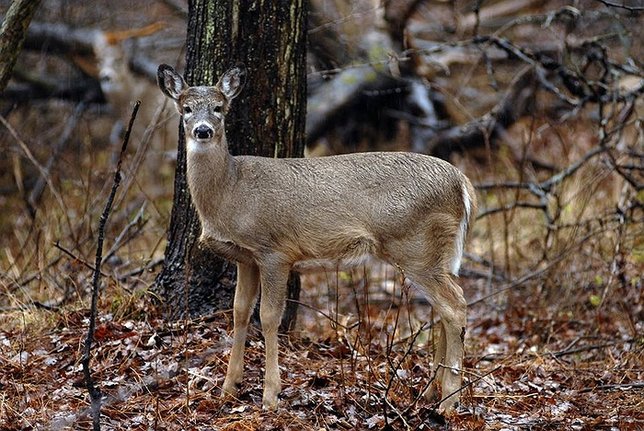 During the 2015-16 hunting season, hunters harvested approximately 15% less than the prior year. The decline in deer harvest was anticipated.

Albany, NY - April 15, 2016 - Hunters harvested an estimated 202,973 deer during the 2015-16 hunting seasons, approximately 15% less than the prior year. The 2015 deer take included an estimated 103,401 antlerless deer and 99,572 antlered bucks.  Statewide, this represents a 20.5% decline in antlerless deer harvest and an 8.3% decline in buck harvest from 2014.  Over half of the bucks harvested in 2015 were aged 2.5 years and older, continuing a shift towards older bucks in the harvest. In most of the state, hunters are making this happen by their own voluntary decisions to pass up young, small-antlered bucks in favor of older deer.

With the severe winter of 2014-15 and a reduction in the number of permits available for antlerless deer in most Wildlife Management Units (WMUs), a decline in deer harvest was anticipated.  However, overall deer harvest was lower than expected, as hunting success was apparently also reduced by the unseasonably warm conditions and lack of snow during much of November and December.  In fact, harvest reports were tracking on par with 2014 levels through early November, then started lagging behind 2014 once the regular firearms seasons began.

DEC’s 2015 Deer Harvest Summary report provides a suite of tables, charts, and maps detailing the deer harvest around the state.

Deer harvest data are gathered from two main sources: harvest reports required of all successful hunters, and DEC staff’s examination of nearly 14,000 harvested deer at check stations and meat processors.  Statewide harvest estimates are made by cross-referencing these two data sources and calculating the total harvest from the reporting rate for each zone and tag type.   A full report of the 2015-16 deer harvest, as well as past deer and bear harvest summaries, is available at Deer and Bear Harvests.