The Suffolk County SPCA announced today that "Bean" has found his forever home. 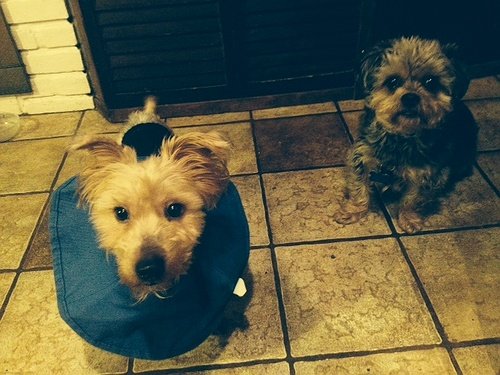 Bean with his new brother Louie.

Chief Roy Gross of the Suffolk SPCA said that the agency was contacted last month by two passerby's that they found a small, emaciated, matted dog in a cage covered with feces and urine on the side of Candlewood Dr., Brentwood.  The dog, a Silky Terrier, was near death and was taken to Atlantic Coast Veterinary Specialists where he was nicknamed Bean and nursed back to health.

Gross said that one of the Suffolk County SPCA Officers who was working on the case has adopted Bean and the dog is happy in his new home with his canine brother "Louie."