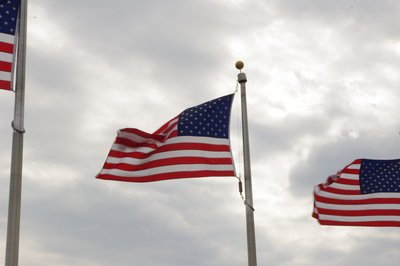 In addition, the Governor’s proposed reforms would help prevent corruption, expand voter choice, and open primaries to more candidates by eliminating the “Wilson-Pakula” requirement that a candidate must obtain the approval of party leaders to compete for the nomination of a political party in which the candidate is not enrolled. The proposed reforms would also increase voter choice and participation in elections by allowing voters to change their party registration and vote in that party’s primary in the same year.

“Our state’s election system must promote a fair, democratic process that ensures that voices of New York’s voters are heard loud and clear and voters have real choices in an election,” Governor Cuomo said. “The reforms we are proposing today will help prevent corruption and strengthen our democracy by ensuring that candidates need not bankroll their way on to other parties’ ballots and giving voters the ability to change their party registration and vote in a primary in the same year. Further, today we are taking action where the Board of Elections has failed to act, and empowering a new enforcement unit with real teeth so the people of New York can have confidence in our electoral process."

Independent Enforcement Unit at Board of Elections

The State Board of Elections' ineffective structure, consisting of four commissioners who are evenly appointed by each major party, leads to gridlock and rarely produces any serious investigations of election law violations. The Governor’s proposal would provide a new, independent investigative unit that would supersede the Board's inability to enforce and prosecute violations of election law.

Under the Governor’s proposal, the new independent enforcement unit would have the following key features:

Elimination of the Wilson-Pakula Requirement

As a result of the Wilson-Pakula Act of 1947, candidates seeking to run on another party's line must obtain the permission of the leaders of that party. This requirement has led to both actual corruption and the appearance of corruption as candidates have used the promise of contributions and fundraising efforts to persuade party leaders to grant such permission.

Under the Governor’s proposal today, the Wilson-Pakula requirement would be eliminated so that candidates would have to collect signatures rather than seek the permission of party leaders in order to compete for the nomination of a political party in which they are not enrolled. This change would not only lessen corruption, but also give voters greater choices in elections to vote for candidates who may not be members of their party.

The Governor’s proposal would change party enrollment deadlines to reduce corruption and expand voter choice and participation in elections. New York’s current party enrollment laws are unnecessarily burdensome and out of sync with similar laws in most other states. Currently, if a voter or candidate decides to register with a political party, their registration is not valid until the next general election year, preventing voters from participating in the primaries of the party they wish to join for a full year. This requirement effectively bars potential candidates from enrolling in the political party whose line they want to run on during the year of the upcoming election, and instead requires them to have to seek the approval of party officials to secure the line through a Wilson-Pakula certificate.

The Governor’s proposal would end this requirement and instead ensure that a voter’s party registration would take effect three months after the application is received by the Board of Elections, removing a real incentive for corruption that comes with this need to gain approval of party officials. The proposal would also allow voters to have much greater flexibility to enroll anew or to switch their enrollment shortly before an election where their vote will actually count, rather than waiting until after the election. As a result, it is expected that many more voters will vote in New York’s elections to express their views in both nominating and general election contests.

New York’s current party enrollment statutes are far more restrictive to voters than any other state in the nation. The vast majority of states either do not even track voters’ party enrollment, or they allow voters to vote in any party primary, or they allow voters to easily change their enrollment to vote in current elections. Of the other states that have advance deadlines for party enrollment like New York, only three other states have party affiliation deadlines in advance of the registration deadline for all voters and none of those deadlines are more than six months before Election Day. Only New York State makes a voter’s (or candidate’s) enrollment change effective only after election day regardless of when the application is submitted.