Cuomo proposes a "cleanup bill" to make cops and the film industry exempt from the recently passed gun law. 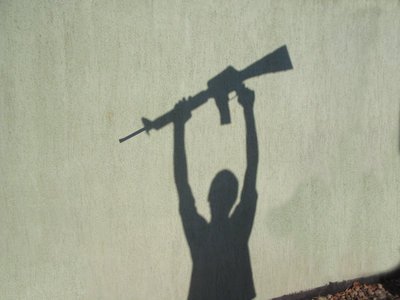 Nearly a month after signing what is believed to be the strictest gun control law in the United States, Governor Andrew Cuomo will be going back to revise the gun law to permit exceptions for police and those involved in movies and television shows filmed in New York.

The New York Secure Ammunition and Firearms Enforcement Act, or SAFE Act, entails tighter restrictions regarding assault weapons and high-capacity magazines.  The act was signed into law so quickly that as it currently reads, police officers who still carry high-capacity magazines would be in breach of the law.

As part of Cuomo’s “cleanup bill,” the governor proposes changing the wording of the law so that the police, as well as for the thriving film industry  that often uses weapons for theatrical value will be exempt from the law.

“We spend a lot of money in the state bringing movie production here, post production here. So obviously we would want to facilitate that,” said Cuomo.

The film industry insisted on being exempt from the law because not all movies and shows use fake guns on set.  Cuomo said that the film and television groups that he spoke with want “certainty” that they can use real assault weapons on set.  The governor’s proposed revisions would allow those filming in New York to use real weapons, but without the use of real ammunition.

"There's no reason not to make a change like that to give an industry comfort, especially when it's an industry we want to do business in the state," added Cuomo.

It is estimated that since the state began offering tax breaks for the film industry in 2004, film and television producers have spent over $7 billion in New York.

New York has been the backdrop for many recent movies, such as Spiderman 3, Sex and the City 2, The Other Guys, and Wall Street: Money Never Sleeps.  Shows such as Louie and 30 Rock are also filmed in and around the city.