The Safe Zones, located in plain sight of local deputies, foster a safe environment for individuals to complete online transactions. 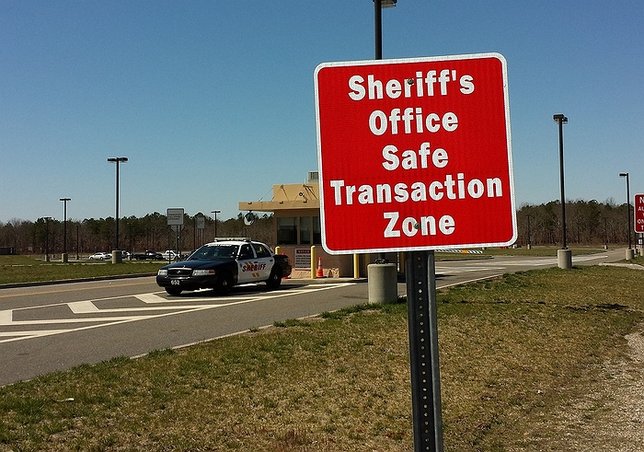 The Internet has been a favorite means for many people to sell goods and no-longer needed items since the web first exploded in popularity during the mid-90s. Sites like eBay and Craigslist have allowed scores of individuals to unload countless items for a small profit rather than simply discarding what was no longer needed, but with the convenience of being able sell items online, there has come a downside as well.

Many transactions set up through the web still require a face-to-face meeting between seller and buyer, especially those through sites like Craigslist. Generally these transactions can occur with little trouble, but there are still plenty of scammers and criminals who have tried to take advantage of unsuspecting buyers.

To counter the hidden criminal element running amok on sales sites, the Suffolk County Sheriff's Office announced this week that it has created two Safe Transaction Zones designed to protect citizens from potential crimes associated with online transactions such as theft, robbery, and assault.

Both safe zones are located directly outside of law enforcement facilities–the Sherriff's Office at 100 Center Drive in Riverhead, and the facility at 202 Glover Drive in Yaphank–and are marked as a "Sheriff's Office Safe Transaction Zone."

Law enforcement will not be directly involved in any transactions and appointments do not have to be made with the Sheriff's Office to use the designated areas, but their location in plain view of deputies will deter criminals from trying to rob or assault citizens. Citizens are encouraged to use the areas during the daytime.

Additional Safe Transaction Zones are expected to be established in the future.