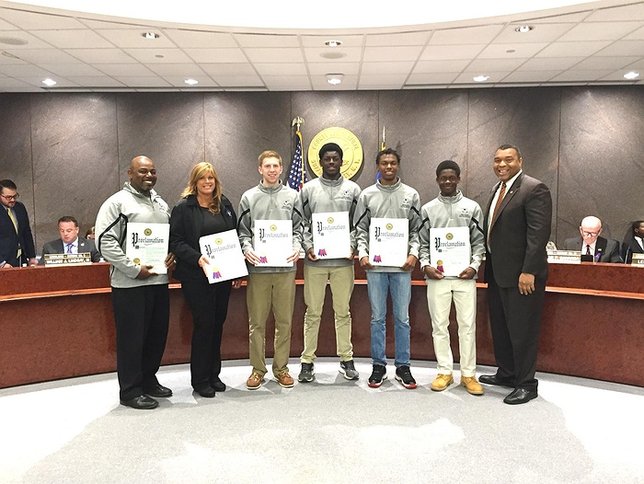 Team members, Lawrence Leake, Kyree Johnson, Shane McGuire, and Infinite Tucker, under the direction of Coach Ron Wilson and Assistant Coaches Eli Acosta and Haidee Ganz-Bonhurst, raced against some of the nation’s best runners at the New Balance National Indoor meet held at the Armory in Manhattan on March 13th.

Finishing the 4X400 meter relay race with a time of 3:16.09 minutes, these four talented young men beat out 26 other teams to become the 2016 National Champions.

“Your hard work and dedication has paid off. Congratulations on your successes and a record breaking year!”