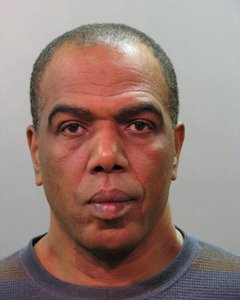 Alfred Williams, a 57-year-old Queens resident, has been arrested and indicted in relation to a charity scheme used to pilfer more than $111,000 from Home Depot.

Williams was an employee of the company since 1991 and worked in the Elmont location on Hempstead Turnpike since 2007. He is also the pastor and president of a small religious organization called Faith Without Walls International Ministries, or FWW, which was registered as a 501(c)(3) non-profit in 2004 and has engaged in public services throughout Queens.

For a period of three years, from 2009 to 2012, Williams took advantage of the Home Depot Foundation’s 1:1 Gift Matching Program—through which the hardware chain matches its employees’ charitable donations to recognized organizations—by falsely claiming over 40 employees had given money to FWW and using that premise to extract over $111,000 from the foundation. Home Depot does not match funds given to charities run by its workers, but Williams purposefully did not list himself as a contact for FWW in order to prevent being caught. Williams took the money obtained in this manner for his own use.

“Mr. Williams is charged with stealing over a hundred thousand dollars using the good will of a charity foundation and in the name of a religious organization that he used to line his pockets,” said Nassau District Attorney Kathleen Rice.  “The victims of a crime like this are uncountable because it makes it hard for legitimate charities everywhere to raise much-needed funds for good purposes.”

FWW first came under suspicion in December 2011 when the Home Depot launched an investigation into a separate employee who had evidently exceeded the Gift Matching Program’s individual limit, and discovered $57,000 in pending donations registered by Williams which had not yet been processed. The retailer subsequently removed FWW from its list of eligible partners, stopped all outstanding payments, and turned the case over to DA Rice and the Nassau County Police.

The Elmont Home Depot previously made headlines last October when it was evacuated following the discovery of a suspicious package, shortly after the retailer’s Huntington location had received bomb threats in a $2 million extortion plot.