Whenever a disaster strikes, profiteering scammers are sure to pop up shortly after. Here's what you need to know to avoid any of the Post Sandy Scams & Rumors being spread online. 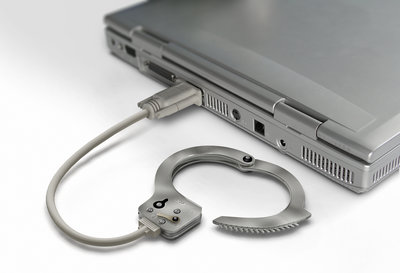 One of the major benefits of the technological age is the ability to share information more quickly and efficiently than ever before. The price we pay for this advance of information is the relative ease of spreading misinformation passed off as news – something that has become quite common on social media platforms such as Facebook and Twitter. Many of these rumors start as harmless gags such as edited photos, however there are some more vicious rumors including one promising aid to Sandy victims, and illegitimate pleas for help from scam artists who are looking to profit from this disaster. Well-intended social media users repost and retweet this so-called News in an effort to share information that they believe to be helpful – causing a chain reaction of sharing, perpetuating the belief that this false information and scams is fact.

Rumors about Hurricane Sandy began spreading like wildfire online before she even hit, and even more so in her aftermath. As the storm approached and made landfall in the tri-state area, there were countless hoax photos – including a shot of the infamous Statue of Liberty with ominous storm clouds behind her. According to Yahoo News, the now well-known picture is actually photoshopped – the storm clouds behind the Statue are real, but they are from a storm that hit Nebraska in 2004. With the amount of destruction and devastation caused by Hurricane Sandy throughout the entire tri-state area, including the boroughs of New York City, it is perplexing that anyone would create such a false image. This is the least harmful type of hoax – although it is presenting a false image as real, there is no scheme to obtain donations or monies under false pretenses, nor is the photo intentionally providing misinformation to Hurricane Victims who are in desperate need of relief.

On November 5th, the Federal Emergency Management Agency, more commonly known as FEMA, created a new page on their website specifically to deal with the rumors pertaining to the assistance they are able to provide to victims of Hurricane Sandy and job openings working in NY and NJ. This was a necessary action on FEMA’s part – because the widespread use of social media, there have been countless rumors about relief efforts spreading lightning-fast – a problem that is only exacerbated by the massive cable and internet outages throughout New York and New Jersey. Access to reliable news sources has been sporadic or non-existent for many of those who are in the hardest hit areas, since so many now get their news updates online through computers or wireless devices,

Here are some of the biggest myths affecting Long Islanders that FEMA has debunked on its website to date:

In addition to these false claims spreading, there are also numerous scams circulating the internet filled with please from hurricane victims in need of assistance, so called “Storm Chaser” Contractors offering shoddy repairs to damaged homes, and numerous other fraudulent cries for help and offers of assistance. This is not uncommon after such a large disaster – you only need to think back to Hurricane Katrina or 9/11 for examples of con-artists taking advantage of catastrophe. These types of scams are often successful because they pull on our heart strings at an emotional time, and in addition to making contributions in a sincere effort to help, many empathetic individuals also pass this information along to friends and family via email, text, and social media. Because the issue is so rampant, the Better Business Bureau has created a page on their website solely dedicated to exposing the biggest scams circulating post-Sandy.

Here are some of the biggest Sandy Scams the BBB is warning Long Islanders to watch out for:

Whenever disaster strikes, there is always going to be someone looking to turn a crisis situation into profitability, and unfortunately con-artists, false information, and rumors take away from those who truly need assistance the most – the real victims of Hurricane Sandy. So before you “Like” or Share a Page on Facebook, or Re-Tweet a post, be sure to verify that the source of the information is credible, and don’t help scammers perpetuate their false statements. Misinformation and Cons during a time of crisis only add to the frustration and confusion of those who are in the midst of it, and the best thing we can do to combat this problem of the digital age is to ensure that we take a critical look at any and all information that we pass along.