After countless requests to bring the tribute band back, they are officially back on May 13. 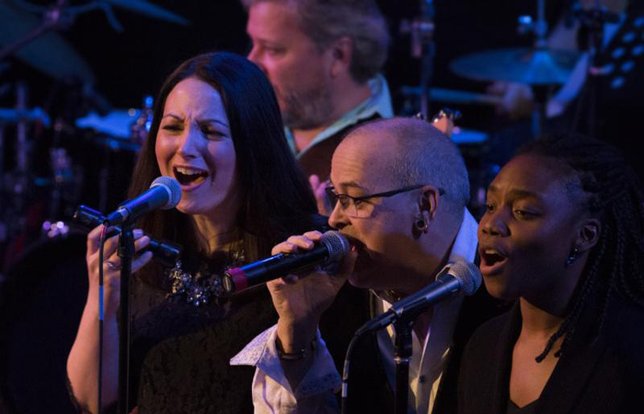 FM: A Steely Dan Tribute will appear at the Bay Street Theater & Sag Harbor Center for the Arts on Saturday, May 13.

Sag Harbor, NY - April 10, 2017 - Bay Street Theater & Sag Harbor Center for the Arts is pleased to announce the return engagement of FM: A Steely Dan Tribute, on Saturday, May 13 at 8 pm. Tickets are $30 in advance and $35 the day of and available online at www.baystreet.org or by calling the Bay Street Theater Box Office at 631-725-9500, open Tuesday through Saturday 11 am to 5 pm.
This amazing group of musicians that make up the 12 piece Tribute Band FM: A Steely Dan Tribute made their Bay Street Theater debut last year and guests had a blast. After countless requests to bring the tribute band back, they are officially back by popular demand! Come hear your favorites from the band known for the songs Deacon Blues, Hey Nineteen, and Do It Again.
For almost twenty years, FM: A Steely Dan Tribute has been performing the Steely Dan songbook to a devoted following of discerning music lovers. While their covers of the original arrangements are note-for-note replications, this band takes pleasure in adding their own funky spin to the classics.  Musical director Mark Bonder is a powerhouse on the local music scene, and lead singer Tom Bowes has a pedigree which includes Tower of Power, Blood Sweat and Tears and the Funk Filharmonik.  Add to that a rhythm and horn section that has played with a who's who of music royalty, and you've got one of the most musically satisfying bands around.
The evening is sponsored by Fighting Chance, Dan's Papers, WEHM and WLNG.
Bay Street Theater & Sag Harbor Center for the Arts is a year-round, not-for-profit professional theater and community cultural center which endeavors to innovate, educate, and entertain a diverse community through the practice of the performing arts. We serve as a social and cultural gathering place, an educational resource, and a home for a community of artists.