Federal agents arrested Stacey Stackhouse, the former executive director of Village of Hempstead Housing Authority (VHHA) and James Alimonos, Michael Lambros, and Demetrios Kaouris, who performed construction work for the agency, for their involvement in ... 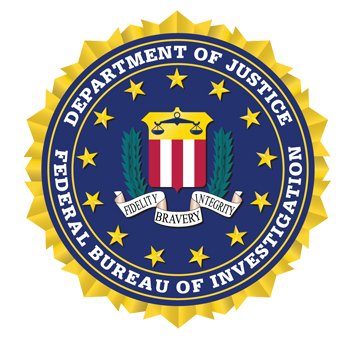 Hempstead, NY - April 7, 2015 - Earlier today, federal agents arrested Stacey Stackhouse, the former executive director of Village of Hempstead Housing Authority (VHHA) and James Alimonos, Michael Lambros, and Demetrios Kaouris, who performed construction work for the agency, for their involvement in a wire fraud conspiracy in connection with the theft of federal funds. The defendants are scheduled to appear this afternoon before United States Magistrate Judge A. Kathleen Tomlinson at the federal courthouse in Central Islip, New York.
The charges in a criminal complaint unsealed this morning were announced by Loretta E. Lynch, United States Attorney for the Eastern District of New York, Christina Scaringi, Special Agent in Charge, Department of Housing and Urban Development, Office of the Inspector General (HUD-OIG), Northeast Region, and Diego G. Rodriguez, Assistant Director in Charge, Federal Bureau of Investigation (FBI), New York Field Office.
“The defendants here were entrusted to use federal funds to provide safe and affordable housing to senior citizens and low income residents. Instead, as alleged, they bypassed the rules in order to siphon taxpayer dollars into their own pockets. We are committed to fighting criminal conduct and fraud that targets vital federal programs,” stated United States Attorney Lynch.
“The charges made today prove our determination to root out corruption in public housing authorities. We in the Office of Inspector General and the Federal Bureau of Investigation will continue to collaborate and combine resources to accomplish HUD’s vital mission to ensure that decent housing is available to the country’s low and moderate-income families. We also wish to thank the U.S. Attorney’s Office for their committed and steadfast resolve in preserving the integrity of federally-funded programs,” said HUD-OIG Special Agent in Charge Scaringi.
“Bid-rigging schemes deprive issuers of a fair and just bidding process. They harm the financial integrity of programs established to help those in need, and the cost is transferred to the taxpayers. Today’s charges are proof of our continued determination to root out those whose business practices contribute to the deterioration of healthy competition in the competitive-bidding process,” said FBI Assistant Director in Charge Rodriguez.
As alleged in court filings by the government, Stackhouse was responsible for obtaining competitive bids and overseeing the work done by private contractors hired to repair and maintain various low-income properties managed by VHHA. Funding for the work is provided to the VHHA through the U.S. Department of Housing and Urban Development (HUD). Requests for bids on contracts for the work are required to be published, and Stackhouse was responsible for awarding contracts to the most qualified lowest bidder.
Instead, as part of the charged conspiracy, Stackhouse bypassed the bidding process and awarded the construction contracts to companies owned or controlled by her co-conspirators Alimonos, Lambros, and Kaouris, at prices several times greater than the true cost of the repairs. In return, Stackhouse received kickbacks from the winning contractors.
As detailed in the complaint, in one case Stackhouse awarded a contract to a construction company controlled by Alimonos and Lambros to repair a roof at a building operated by the VHHA based on bids stating that the repairs would cost $273,900 to complete. After winning the contract, Alimonos hired a different construction company to do the repair for $23,000, keeping over $201,000 in excess payments and eventually making kickback payments to Stackhouse and others totaling $25,900.
In another example, Stackhouse allegedly awarded a contract to upgrade an intercom system at a second VHHA property without competitive bidding by claiming that the repairs were required on an emergency basis. Alimonos and Kaouris, the owners of another contracting company, jointly submitted an inflated bid of $94,000 to VHHA knowing that it would be approved by Stackhouse. After the bid was approved, Alimonos demanded and received kickbacks from Kaouris totaling $44,000.
To date, the investigation has uncovered in excess of $500,000 stolen from VHHA through the charged kickback conspiracy.
If convicted, the defendants face a maximum sentence of 20 years’ imprisonment. The charges in the complaint are merely allegations, and the defendants are presumed innocent unless and until proven guilty.
The government’s case is being handled by the Office’s Long Island Criminal Section. Assistant United States Attorney Michael P. Canty is in charge of the prosecution.
The Defendants:
JAMES ALIMONOS
Age: 51 Residence:
Bethpage, New York
DEMETRIOS KAOURIS
Age: 47
Residence: Plainview, New York
MICHAEL LAMBROS
Age: 48
Residence Queens, New York
STACEY STACKHOUSE
Age: 51
Residence: Dobbs Ferry, New York