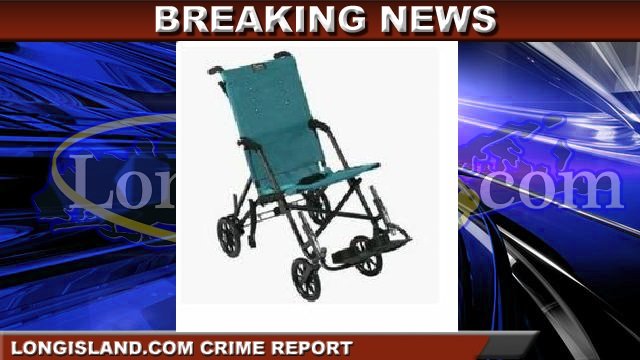 Holbrook, NY - April 6th, 2016 - Suffolk County Crime Stoppers and Suffolk County Police Fifth Squad detectives are seeking the public’s help to identify and locate the person or people who stole a wheelchair from a vehicle in Holbrook last month.

A wheelchair that belonged to a child was stolen from a 2014 Ford Escape parked outside a residence on Grundy Avenue in Holbrook sometime between March 29 at 11:30 p.m. and March 30 at 1 p.m. Medication and a credit card were also stolen from the vehicle.

Suffolk County Crime Stoppers offers a cash reward of up to $5,000 for information that leads to an arrest.

Anyone with information about this crime is asked to call anonymously to Crime Stoppers at 1-800-220-TIPS. All calls will be kept confidential.