Film critic famous for his thumbs-up and thumbs-down reviews, Roger Ebert passed away Thursday from cancer of the thyroid and salivary glands. 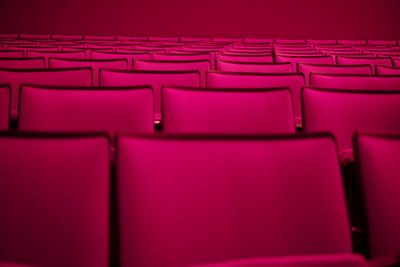 Roger Ebert, the man who had the most prominent thumb in the film review industry, passed away Thursday from cancer.

Ebert was known as a popular film critic, as well as the longtime co-host of Gene Siskel in such shows as At the Movies with Gene Siskel and Roger Ebert and Siskel and Ebert and The Movies.  The infamous partners in the film review industry worked together for 23 years, and when Siskel passed away, Ebert teamed up with Richard Roeper to go back to recommending or reaming films on television with Ebert and Roeper and The Movies.

Ebert’s method of assessing films by thumbs-up or thumbs-down reviews became ubiquitous in the film industry, as well as in other review forums.  Ebert’s reviews were some of the most widely known and influential, so much so that in 2008, Forbes named Ebert the most powerful pundit in the country for being “intelligent, experienced, and articulate.”

In 2002, Ebert was diagnosed with thyroid cancer, and he soon developed cancer of the salivary glands.  Four years later, he was forced to have part of his lower jaw removed, which resulted in an inability to eat or speak.  Ebert had a chin prosthesis made to create the image of having a full chin, but he still had to use a feeding tube to obtain nutrients.

Fortunately, he still maintained his ability to write.  Ebert wrote film reviews, essays, memoirs, and even wrote a slow-cooker recipe book.  In 2010, he told Esquire magazine, “When I am writing, my problems become invisible, and I am the same person I always was.  All is well. I am as I should be.”

After a hip fracture in December, doctors found that Ebert’s cancer had returned, but only this Tuesday did he decide to finally retire from his most recent job as a writer of a film criticism blog for the Sun-Times.

“I am not going away. My intent is to continue to write selected reviews but to leave the rest to a talented team of writers hand-picked and greatly admired by me,” he wrote in his essay.

He is survived by his wife, Chaz Hammelsmith Ebert.