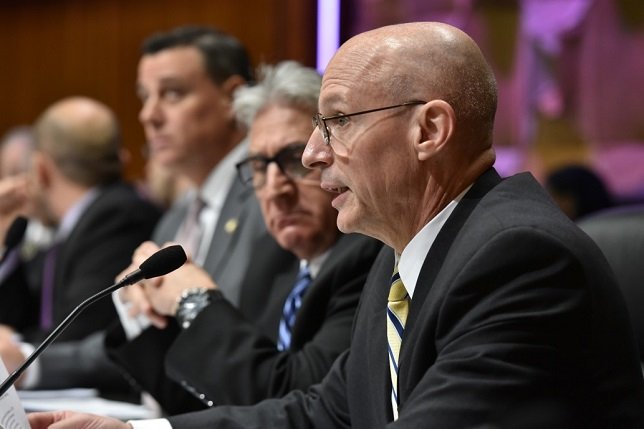 Albany, NY – April 3, 2017 – “Once again we are seeing the dysfunction of Albany. While the Governor and Assembly Democrats strive to use technicalities to save their public image, we all know that late is late. And once again the state budget will not be delivered on time.
“Year after year, the governor and majority utilize ‘messages of necessity’ to push their agenda through during the eleventh hour, without public input or transparency. The entire budget process in New York needs an adjustment. Holding all negotiations between four men in a room, while withholding details from the minority parties, displays a total lack of diversity in the budget and disrespects thousands of New Yorkers.
“Not only does our current process exclude both minority parties, but it slows down the process as a whole. After the agreements come out, there are still hours of research and briefing for the two minority parties that were not involved in the process. I hope that we one day include all legislative leaders in budget negotiations. Working together would not only speed up our budget process, it would give way to the best budget for all.”
Assemblyman Dean Murray represents the 3rd District, which includes portions of Brookhaven, Medford, and Mastic Beach in Suffolk County. For more information, visit Assemblyman Murray’s Official Website.