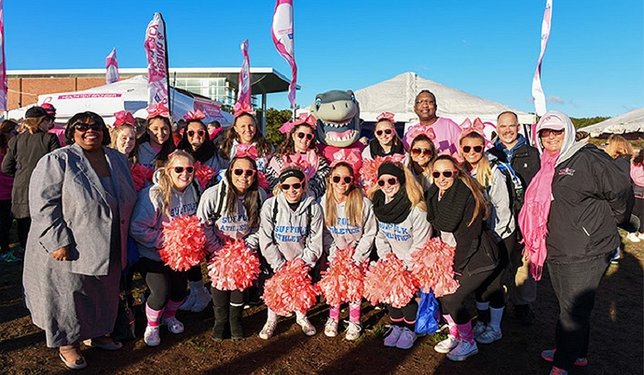 Photo from the 2016 Governor's Challenge Fishing Tournament at Onondaga Lake.

Albany, NY - June 25, 2016 - Governor Andrew M. Cuomo today announced that B.A.S.S. Elite Series will once again bring the premier fishing tournament back to New York State in 2017. In partnership with B.A.S.S., New York will host professional angler competitions, including the Governor’s Challenge, and invite top fishing professionals to participate in and support the variety of fishing and vacation opportunities found across the state. 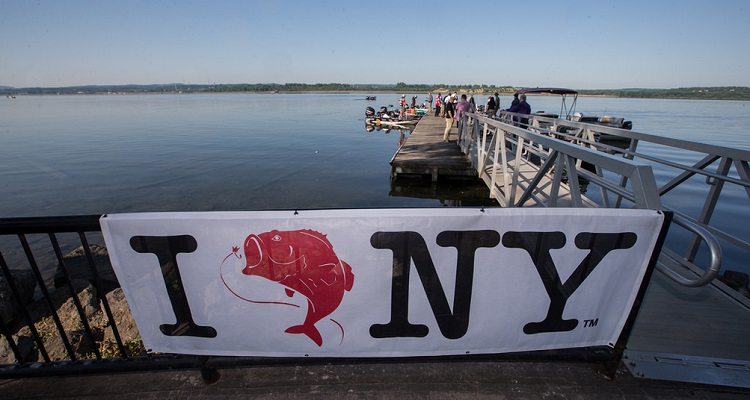 "New York State is proud to continue our partnership with B.A.S.S. and ensure this elite fishing tournament series remains in our waters," Governor Cuomo said. "From Lake Placid's fresh water, to the great St. Lawrence River and down to the Long Island coast, New York boasts world-class fishing experiences like none other, which makes this partnership a perfect fit. I encourage both New Yorkers and visitors to come and join the thousands of people who flock to Empire State waters every year and experience the 2017 Bassmasters first-hand."

Building on the success of past Bassmaster Tournaments, Governor Cuomo announced the series' return to the Village of Waddington on the St. Lawrence River in 2017 to continue to boost interest in fishing and traveling in New York State. Elite Series tournaments at Waddington, which has a permanent population of 996, drew more than 30,000 attendees at the 2013 and 2015 tournaments – the largest crowds in Elite Series history.

The B.A.S.S. Elite Series and Governors Challenge will feature fishing demonstrations, a professional fishing tournament, and a banquet for the event participants. This announcement, in addition to the Governor's continued support of the growing fishing industry, has contributed to a 6.5-percent increase in fishing sales since just last year. In addition, an increase of nearly 10,000 freshwater fishing licenses and 20,000 recreational marine fishing registrations have been sold so far in 2016, compared to the same time period in 2015.

"New York is proud to once again be hosting this premier tournament, telegraphing the world-class fishing opportunities available across our state," said Lieutenant Governor Kathy Hochul. "Year after year, Governor Cuomo has grown tourism to record levels, proving that the Empire State is second to none for year-round recreation."

B.A.S.S. CEO Bruce Akin said, "The support from Governor Cuomo and our partnership with I Love New York have enabled us to conduct some of our most successful and exciting Elite Series tournaments the past several years. In turn, through our media, including The Bassmasters TV program on ESPN2, we have been able to show the nation’s bass anglers the world-class fisheries available to them in New York. It is great to see a state that recognizes the value of sportfishing to its economy. We are thrilled that we will be able to take an Elite event back to Waddington, which is one of the most engaged and enthusiastic host communities we have ever had the fortune to work with. I know the Elite Series anglers will be especially glad to know that we’re going back to the St. Lawrence River."

Both fishing enthusiasts and first timers are welcome to take advantage of free fishing days throughout the year. In addition to weekends in February and in June, this Veteran's Day on November 11, residents and visitors are encouraged to participate in free fishing day.

Department of Environmental Conservation Commissioner Basil Seggos said, “New York State is home to some of the world's best fishing destinations, especially for bass, and we are thrilled that the Bassmaster tournament will once again be held in New York. Fishing is a proud tradition in the state providing not only recreational enjoyment for millions of residents and visitors each year, but is a vital economic generator, supporting local economies statewide.”

Empire State Development President CEO & Commissioner Howard Zemsky said, "New York State is home to some of the most scenic fishing destinations found across the entire U.S. Through initiatives led by Governor Cuomo, we are increasing opportunities for both residents and travelers to fish in New York’s vacation regions and building on the economic impact of tourism, which now exceeds more than $100 billion."

Onondaga County Executive Joanie Mahoney said, "Events like the Bassmaster Elite series and today’s Governor’s Challenge provide an excellent opportunity to showcase all our region has to offer. Kudos to Governor Cuomo for once again landing the elite series in New York and providing us the great opportunity to highlight the incredible fishing opportunities in central New York."

New York is home to some of the best fishing in the nation at the most beautiful vacation destinations, and with 165 different fish species found across the state, both residents and travelers continue to cast their lines here. According to the U.S. Fish and Wildlife service study, the economic impact of expenditures related to fishing trips in New York State, was more than $1.9 billion in 2011. Not only is the fishing industry strong, but its impacts on the tourism industry continues to grow as well. In Central New York, tourism direct spending increased more than 18 percent, from nearly $1.8 billion in 2010, to more than $2.1 billion in 2014. In Onondaga County alone, tourism direct spending has increased more than 19 percent since 2010.

The Governor also announced a number of initiatives to continue to support the fishing and tourism industry in New York State:

This manual will be useful to not only those desiring to get started in the sport of fishing, but also to educators who should find one or more of these modules helpful in teaching these subjects to students.

Free Fishing Clinics
More than 200 Free Fishing Clinics take place across New York State each year. At free fishing clinics, participants can fish for free without a freshwater fishing license or enrollment in the Recreational Marine Fishing Registry. In addition to fishing, participants can learn about fish identification, fishing equipment and techniques, fisheries management, angling ethics and aquatic ecology. It’s the perfect opportunity to try fishing for the first time or bring the family for a great experience.

More Than 2.3 Million Trout in New York State
Trout season is in full swing and there are more than 2.3 million catchable brook, brown, and rainbow trout can be found in over 309 lakes and ponds, and in roughly 2,900 miles of streams across the state. To help plan fishing trips this season, Governor Cuomo has made seasonal trout stocking information available through Open NY Data. Click here for trout season information, including the number of trout, species, size, and in what region trout can be caught.

Click here for additional trout season information, including a table for visitors to search by County, Waterbody or Town. From there, graph features offer additional filters for species, size, and more.

New York’s world-class fishing and wide variety of cold water, warm water and saltwater fish species can be found in more than 7,500 lakes and ponds, 50,000 miles of rivers and streams, and hundreds of miles of coastline in New York State. To learn more about New York’s 11 vacation regions and top fishing destinations in the Empire State, visit www.iloveny.com. Details on fishing license requirements and other regulations along with fascinating in-depth info on the many species that call New York home are available at www.dec.ny.gov.