New regulations will require that safety cameras be installed in almost every vehicle manufactured on or after May 1, 2018. 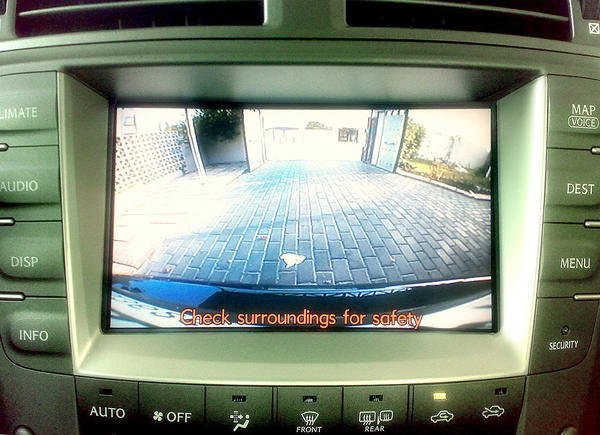 The US Department of Transportation's National Highway Traffic Safety Administration announced a decision yesterday, March 31 that will require all auto manufacturers to install rearview back-up cameras in all new cars. The ruling will take full effect on May 1, 2018 and will apply to every vehicle weighing less than 10,000 pounds, including trucks and small buses.

Under the new guidelines, autos built after the cutoff date will be legally require to come equipped with rear visibility technology that provides a field of vision of 10x20 feet directly behind the vehicle. There will also be mandates on the screen size, response time, linger time, reliability, and deactivation of the new camera systems.

“Safety is our highest priority, and we are committed to protecting the most vulnerable victims of 'backover' accidents—our children and seniors,” said Transportation Secretary Anthony Foxx.

An average of 210 deaths and 15,000 injuries occur each year from backover crashes according to the NHTSA. Nearly a third of the victims are children under the age of 5, and over a quarter are elderly individuals above the age of 70.

“Rear visibility requirements will save lives, and will save many families from the heartache suffered after these tragic incidents occur,” NHTSA Acting Administrator David Friedman said. “We're already recommending this kind of life-saving technology through our NCAP program and encouraging consumers to consider it when buying cars today.”

After rearview cameras become the norm for vehicles the Department of Transportation estimated between 58 and 69 lives will be saved annually. The NHTSA stated that it took time to ensure its new regulation would be achievable and flexible enough for car makers to come into compliance, but critics say the rule should have been enacted years ago.

“While the administration delayed the rule, more children died in backover accidents,” said Robert Weissman, president of Public Citizen—an organization which previously filed a lawsuit against the federal government for failing to mandate rearview cameras in 2011. “The cost of regulatory delay, in human lives, could hardly be more clear than it is today. It’s absurd that the government had to be sued before it would comply with the law.”

Dr. Greg Gulbransen of Syosset, a plaintiff in the lawsuit who hit his two-year-old son in 2002 due to a lack of visibility, said that “It’s been a long fight, and this rule took too long, but we’re thrilled this day has finally come. It’s a bittersweet day, because this rule should have been in place three years ago at the latest. But this rule will save lives.”

“I’m so happy that the rule has finally been issued–not just happy for those who worked so hard in loving memory of the child they lost to the tragedy of a backover crash, but for all those kids whose lives this rule will save going forward,” added Susan Auriemma of Manhasset, another plaintiff in the lawsuit. “This could not have come soon enough.”

Many manufacturers have already begun providing back-up cameras due to consumer demand in recent years; the NHTSA estimates that the total added cost for installing cameras will only be about $140 per vehicle.