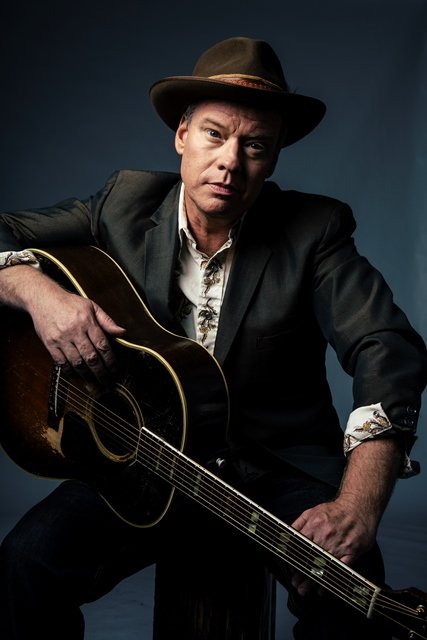 Garden City, NY - April 1st, 2016 - The Adelphi University Performing Arts Center (AUPAC) is proud to announce that Shawn Mullins will be performing on Friday, April 8, 2016, at 7:30 p.m. on the Westermann Stage of the Concert Hall at 1 South Avenue, Garden City, NY.

An Atlanta-based folksinger best known for his Grammy-nominated Top Ten hit “Lullaby,” Shawn Mullins was serving as a member of the U.S. Army Airborne Infantry Division when he released his first self-titled cassette in 1989. Mullins’ discography includes 1998’s Soul’s Core, the album that shot him to fame on the strength of “Lullaby,” 1999’sThe First Ten Years, and 2006’s 9th Ward Pickin’ Parlor, which contained his AAA/Americana No. 1, “Beautiful Wreck.”

In addition, Mullins was the co-writer of “Toes” the Zac Brown Band’s No. 1 country song in 2008. He is known for his romantic nature and each night, he imbues his music with all his romantic insights and all the passion he has in his heart.

AUPAC is one of Long Island’s premier cultural arts venues for entertainment of all kinds. Tickets are currently on sale and are priced at $40/$35, with discounts available to seniors, students and alumni. For more information about all events at AUPAC and to purchase tickets, visit aupac.adelphi.edu. Information is available at the Lucia and Steven N. Fischer Box Office at 516.877.4000 or boxoffice@adelphi.edu.

Regular box office hours are Tuesday through Friday from 1:00-6:00 p.m. The box office is also open two hours before most scheduled performances.

Founded in Brooklyn in 1896, Adelphi was one of the first coeducational institutions of higher education in New York State and is Long Island’s oldest private coeducational university. Today Adelphi serves nearly 7,500 students from 38 states and 46 countries at its beautiful main campus in Garden City, New York - just 23 miles from New York City’s cultural and internship opportunities - and at dynamic learning hubs around the state (New York City, the Hudson Valley and across Long Island) and online.