Special Investigations Squad detectives report the arrests of two brothers for an Attempted Murder that occurred on June 21, 2013 at 6:15 pm in Hempstead. 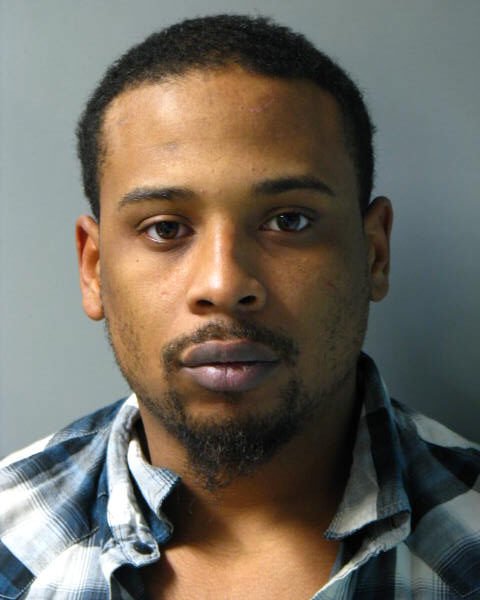 Hempstead, NY - March 22nd, 2014 - Special Investigations Squad detectives report the arrests of two brothers for an Attempted Murder that occurred on June 21, 2013 at 6:15 pm in Hempstead.
According to detectives, on June 21, 2013, Uriel Whyte, 27, of 7 Flint Avenue, Hempstead and his brother, Raphael Whyte, 28, of 21 Wellsley Lane, Coram, while driving on Patterson Avenue in Hempstead, spotted a person that they have had an ongoing dispute with and exited their vehicle. After chasing the 19 year old male victim, Uriel Whyte pulled out a knife and stabbed the victim in the arm and chest causing the victim to sustain severe lacerations. The brothers then entered their car and fled the scene.
The victim was transported to Nassau University Medical Center where he was admitted for treatment for a collapsed lung and several lacerations.
On July 17, 2013 detectives responded to Uriel Whyte’s home and placed him under arrest without incident.
He was charged with Attempted Murder 2nd Degree, Assault 1st Degree, Criminal Possession of a Weapon 3rd Degree and Possession of a Dangerous Weapon 4th Degree. He was arraigned in First District Court, Hempstead on 07/18/2013.
On March 21, 2014, detectives, with the assistance of the Hempstead Police Department, responded to 11 Flint Avenue, Hempstead to execute a Superior Court Arrest Warrant for Raphael Whyte. Raphael, who became suspicious of the police activity, fled the rear of that residence on foot. After establishing a police perimeter and with the assistance of the Aviation Bureau and K9 Unit, Whyte was located and placed under arrest without further incident.
He is charged with Attempted Murder 2nd Degree and two unrelated warrant charges for Criminal Possession of Marijuana 3rd Degree and Criminal Possession of a Controlled Substance 7th Degree. He will be arraigned in First District Court, Hempstead on 03/22/2014.