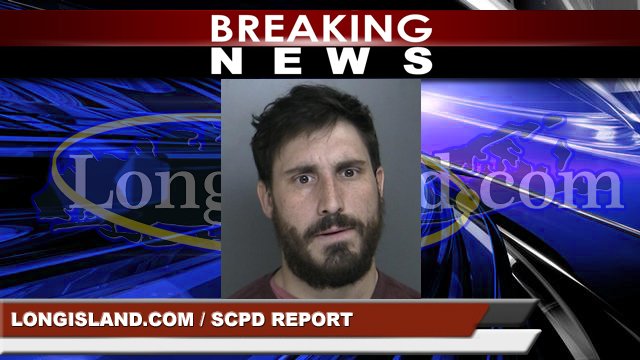 Jon Sepe, a West Babylon man, was arrested for DWAI after being administered Narcan following a crash Sunday evening.

West Babylon, NY - March 20, 2017 - Suffolk County Police have arrested a man for driving while ability impaired by drugs after he overdosed and crashed his vehicle into the median on Sunrise Highway in West Babylon on Sunday, March 19, 2017 at 5 a.m.

Highway Patrol Officer Michael Milo responded to a 911 call reporting an operator of a pickup truck had crashed into the center median on eastbound Sunrise Highway, ¼ mile east of Route 109, at approximately 5 a.m.

When Officer Milo approached the vehicle, he found the male driver slumped over with his foot on the gas pedal. Officer Milo broke the passenger window, turned off the ignition, and pulled the driver out.

Officer Milo provided oxygen until members of the West Babylon Fire Department arrived and determined the driver, Jon Sepe, was suffering from an apparent overdose. Fire Department personnel administered Narcan and revived Sepe, 31, of West Babylon. Sepe was transported to a hospital for treatment.

Sepe was arrested and charged with Driving While Ability Impaired by Drugs. He is being held at the Third Precinct for arraignment at First District Court in Central Islip on March 20.