The doctor collected more than $2.4 million in fees for “doctor visits.” 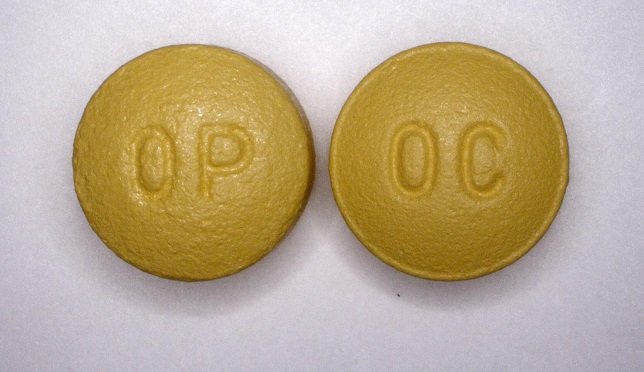 A pair of OxyContin pills.

New York, NY - March 17, 2016 - Preet Bharara, the United States Attorney for the Southern District of New York and James J. Hunt, the Special Agent in Charge of the New York Field Division of the U.S. Drug Enforcement Administration (DEA) announced today the conviction of Moshe Mirilasvhili, a board-certified, state-licensed doctor, for conspiracy to distribute oxycodone. During the period of the charged conspiracy, Mirilashvili wrote more than 13,000 medically unnecessary prescriptions for oxycodone, typically in return for cash payments. Mirilashvili was convicted after a three-week jury trial before Judge Colleen McMahon.

Manhattan U.S. Attorney Preet Bharara said: “In just a matter of two years, Dr. Moshe Mirilashvili flooded the streets of New York City with more than a million pills of highly addictive oxycodone, a drug involved in the overdose deaths of thousands of Americans each year. As the jury unanimously found today, Dr. Mirilashvili, blinded by greed, cast away his Hippocratic Oath and instead aligned himself with street-level drug dealers. Thanks to the collaborative efforts of the federal and local law enforcement partners, Dr. Mirilashvili is no longer in the business of fueling for profit the opioid addiction that plagues too many people in our communities.”

The following is based on the Indictment as well as evidence presented during trial:

Oxycodone is a highly addictive, prescription-strength narcotic used to treat severe and chronic pain conditions. Every year more than 13 million Americans abuse oxycodone, with the misuse of prescriptions painkillers such as oxycodone, leading to as many as 500,000 annual emergency room visits. Oxycodone prescriptions have enormous cash value to street level drug dealers, who can fill the prescriptions at most pharmacies and resell the pills at vastly inflated rates. Indeed, a single prescription for 90 30-milligram oxycodone pills has an average resale value in New York City of $2,700 or more.

From October 2012 until December 2014, Mirilashvili, a board-certified, state-licensed doctor, wrote thousands of medically unnecessary prescriptions for large quantities of oxycodone in exchange for cash payments. Mirilashvili did so out of a sham medical office located on West 162nd Street in Manhattan where Mirilashvili typically charged $200 in cash for “patient visits” that typically involved little, if any, actual examination and almost always resulted in the issuance of a prescription for a large quantity of oxycodone, typically 90 30-milligram tablets.

Virtually none of these “patients” had any medical need for oxycodone, nor any legitimate medical records documenting an ailment for which oxycodone would be prescribed. Instead, most of these individuals were members of “crews” – that is, they were recruited and paid by drug traffickers (the “Crew Chiefs”), to pose as “patients” in order to receive medically unnecessary prescriptions. The Crew Chiefs then obtained these prescriptions and arranged for them to be filled at various pharmacies so that the oxycodone pills thereby obtained could be resold on the streets of New York.

In total, between October 2012 and December 2014, Mirilashvili wrote more than 13,000 medically unnecessary prescriptions for oxycodone, comprising nearly 1.2 million oxycodone tablets with a street value of $36,000,000 or more. Mirilishivili collected more than $2.4 million in fees for “doctor visits” during this time period.

Ten other participants in the conspiracy – including the drug traffickers who oversaw crews of “patients” sent into the clinics to obtain medically unnecessary oxycodone prescriptions and clinic staff, who profited by selling access to Mirilashvili and the fraudulent prescriptions he wrote – have previously pleaded guilty.

The case is being prosecuted by the Office’s Narcotics Unit. Assistant U.S. Attorneys Edward B. Diskant and Brooke E. Cucinella are in charge of the prosecution.