A.G. Schneiderman today issued a consumer alert warning both consumers and businesses about price gouging ahead of this week’s blizzard that is expected to impact parts of New York State. 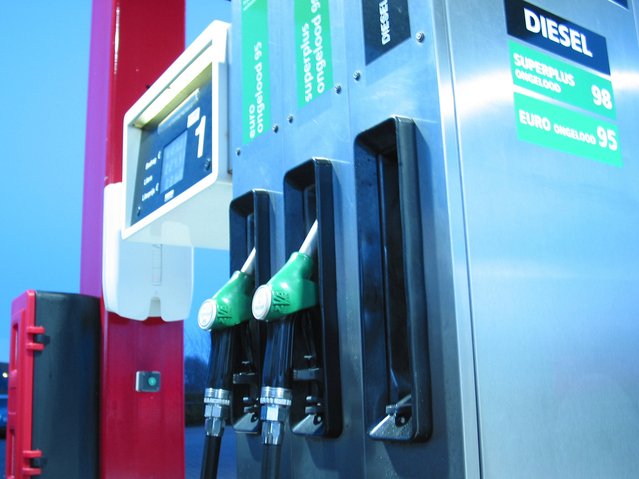 A.G. urge New Yorkers to report potential fraud to his office, offers tips to protect consumers during and after Winter Storm Stella.

Photo by: Flippnjj, via Free Images.

New York, NY - March 13, 2017 - Attorney General Eric T. Schneiderman today issued a consumer alert warning both consumers and businesses about price gouging ahead of this week’s blizzard that is expected to impact parts of New York State. A blizzard warning has been in effect since Monday morning for certain areas, including New York City, parts of Long Island and Westchester county. A winter storm warning is also in effect across New York State.

General Business Law prohibits excessive increases in prices of essential goods and services like food, water, gas, generators, batteries, and flashlights, hotel lodging, and transportation, during natural disasters or other events that disrupt the market. During and after severe winter weather events, these goods and services might also include snow plowing, snow removal from roofs, shovels and other snow removal equipment, salt, and contract services for storm-related damage.

“Unscrupulous fraudsters will use severe winter weather as an excuse to illegally line their pockets,” said Attorney General Schneiderman. “We won’t tolerate anyone who seeks to capitalize on this snowstorm at the expense of New Yorkers. Anyone who thinks they have been the victim of price gouging should immediately contact my office.”

Any New Yorkers who believe they have been the victim of price gauging should call the Attorney General's office at 800-771-7755 or visit online to file a complaint.

The aftermath of winter storms may also necessitate the hiring of contractors to assist with additional snow removal and home repairs. Reports of roof collapses and the possibility of flooding from warming temperatures are two areas of significant concern. Consumers should protect themselves when hiring contractors to perform storm-related services by considering the following:

The Attorney General has a history of successfully cracking down on illegal price gouging. This past February, the office announced a settlement with a hotel by JFK Airport that illegally price gouged more than 300 guests during the Jonas Ice Storm in January 2016.

In the wake of Hurricane Sandy, which saw hundreds of complaints in response to some of the largest jumps in gas prices in state history, Attorney General Schneiderman filed lawsuits with more than 50 gas service stations for violations of the New York State Price Gouging Law. The monetary settlements reached in these settlements totaled more than $300,000 in penalties and costs.

The Attorney General also reached an agreement with Uber in 2014 to limit prices during “abnormal disruptions of the market” consistent with New York’s price gouging statute. Under the agreement, Uber sets a cap on its pricing during emergencies and natural disasters limited to the normal range of prices it charged in the preceding sixty days – while also limiting the allowable range of prices by excluding from the cap the three highest prices charged on different days during that period.

The Attorney General previously filed two lawsuits and reached a settlement against contractors accused of price gouging during the massive snowstorm in Greater Buffalo in November 2014. The Attorney General’s Office received complaints against two companies for charging $2,000 to remove snow for consumers. In some instances, it is charged that one of the companies failed to remove all snow from roofs, as it only agreed to remove 4 feet of snow from the gutter upward, leaving a significant amount of snow left on the roofs.

The Attorney General’s settlement with Buffalo and Orchard Park Topsoil followed an investigation which revealed that the company was charging up to $650 to remove snow from consumers’ driveways during the 2014 storm. The Attorney General’s investigation revealed $650 was at least double what other contractors were charging for the same service. The company agreed to pay restitution to each consumer in the amount it paid in excess of $300, and a fine in the amount of $150 per occurrence.

New York's price gouging law takes effect upon the occurrence of triggering events that cause an “abnormal disruption of the market.” An “abnormal disruption of the market” is defined as “any change in the market, whether actual or imminently threatened,” that results from triggering events such as “weather events, power failures, strikes, civil disorder, war, military action, national or local emergency, or other causes.”

During an abnormal disruption of the market like a major weather event, all parties within the chain of distribution for any essential consumer goods or services are prohibited from charging unconscionably excessive prices. “Consumer goods” are defined by the statute as “those used, bought or rendered primarily for personal, family or household purposes.” For example, gasoline, which is vital to the health, safety and welfare of consumers, is a “consumer good” under the terms of the statute. Therefore, retailers may not charge unconscionably excessive prices for gasoline during an abnormal disruption of the market.

New York's price gouging law does not specifically define what constitutes an “unconscionably excessive price.” However, the statute provides that a price may be unconscionably excessive if: the amount charged represents a gross disparity between the price of the goods or services which were the subject of the transaction and their value measured by the price at which such consumer goods or services were sold or offered for sale by the defendant in the usual course of business immediately prior to the onset of the abnormal disruption of the market.