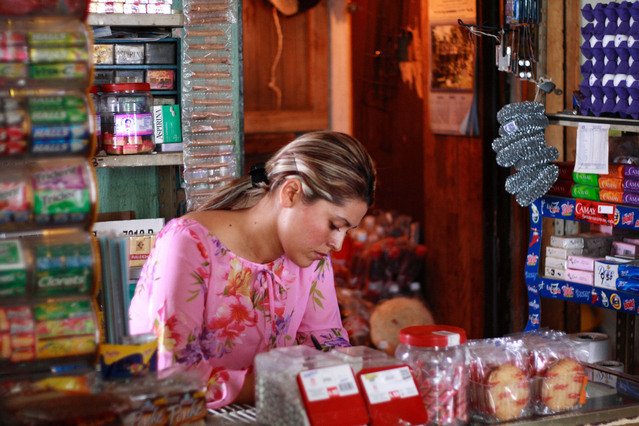 New York, NY - December 20, 2016 - Attorney General Eric T. Schneiderman, along with attorneys general from seven other states and the District of Columbia, announced that six major retailers have agreed to stop using on-call shift scheduling following an inquiry by the multi-state coalition of AGs.

An estimated 50,000 workers nationwide will benefit from the agreements to end the burdensome scheduling practice, which requires employees to call their employer – typically an hour or two before a scheduled shift – to find out if they will be assigned to work that day. The agreements with these six companies are the latest in a series of groundbreaking national agreements secured by the New York Attorney General’s office to end on-call scheduling at a number of major retailers.

In addition to ending the use of on-call shifts, four of the companies --  Carter’s, Disney, David’s Tea, and Zumiez – all committed to providing employees with their work schedules at least one week in advance of the start of the workweek.  Such advance notice allows employees to plan ahead to cover child care and other obligations.

“On-call shifts are not a business necessity and should be a thing of the past. People should not have to keep the day open, arrange for child care, and give up other opportunities without being compensated for their time,” said Attorney General Schneiderman.  “I am pleased that these companies have stepped up to the plate and agreed to stop using this unfair method of scheduling.”

These six companies, as well as others involved in a 2015 inquiry by Attorney General Schneiderman’s office, all found alternative staffing methods for addressing unanticipated employee absences or fluctuations in business volume; typically, some kind of pool arrangement has been implemented in lieu of on-call shifts.

The collaboration among attorneys general stemmed from their collective concern about the impact of on-call shifts on employees and their families, as well as the national scope of the retail companies involved.

The April letter states, “Unpredictable work schedules take a toll on employees. Without the security of a definite work schedule, workers who must be “on call” have difficulty making reliable childcare and elder-care arrangements, encounter obstacles in pursuing an education, and in general experience higher incidences of adverse health effects, overall stress, and strain on family life than workers who enjoy the stability of knowing their schedules reasonably in advance.”

It continues, “Our letter today is prompted by the concerns outlined above and by our shared interest in the well-being of workers nationwide,” and notes that certain states have laws regarding reporting or call in pay laws applicable within those jurisdictions.

Attorney General Schneiderman’s Office sent letters to the following fifteen retailers and was joined by some or all of the attorneys generals with retail locations in their respective states: American Eagle, Aeropostale, Payless, Disney, Coach, PacSun, Forever 21, Vans, Justice Just for Girls, BCBG Maxazria, Tilly’s, Inc., David’s Tea, Zumiez, Uniqlo, and Carter’s. Nine of these companies responded that they did not use the practice of on-call scheduling or had recently ended it.

New York State has a “call in pay” regulation that provides, “An employee who by request or permission of the employer reports for work on any day shall be paid for at least four hours, or the number of hours in the regularly scheduled shift, whichever is less, at the basic minimum hourly wage.”  (12 NYCRR 142-2.3)

"This latest announcement shows the sweeping positive impact that Attorney General Schneiderman's actions have had on the lives of people working in retail,” said Carrie Gleason, director of the Fair Workweek Initiative at the Center for Popular Democracy.

“Today, we are seeing retailers across America take steps to curb unnecessary and unfair on-call scheduling. We are especially glad that employers like Disney and Carter's, whose brands promote putting families first, will stop using on-call shifts that are notorious for wreaking havoc on families' balance and puts undue stress on children. It’s impossible to arrange for childcare with just a few hours’ notice, and so it’s good to see thousands more working parents no longer have to scramble to work enough hours to support their families."

“On-call scheduling makes it impossible for retail workers to plan their lives. Attorney General Eric Schneiderman has shown incredible leadership bringing together officials from many states to help put an end to the practice,” said Stuart Appelbaum, President, Retail, Wholesale and Department Store Union, UFCW. “We must all work together to ensure that workers in New York and throughout the country have stable and predictable schedules that allow them to arrange for childcare, further their education and provide for their families.”

In 2015, as a result of an inquiry by Attorney General Schneiderman into on-call scheduling, brands including Abercrombie & Fitch, Gap, J.Crew, Urban Outfitters, Pier 1 Imports, and L Brands (parent company of Bath & Body Works and Victoria’s Secret) all agreed to end the practice of assigning on-call shifts.

The letters were signed by representatives of the attorneys general of California, Connecticut, the District of Columbia, Illinois, Maryland, Massachusetts, Minnesota, New York, and Rhode Island. Several offices signed only letters to retailers located within their states.