Powerful winter storm expected to dump between 12 and 18 inches of snow upon our area. 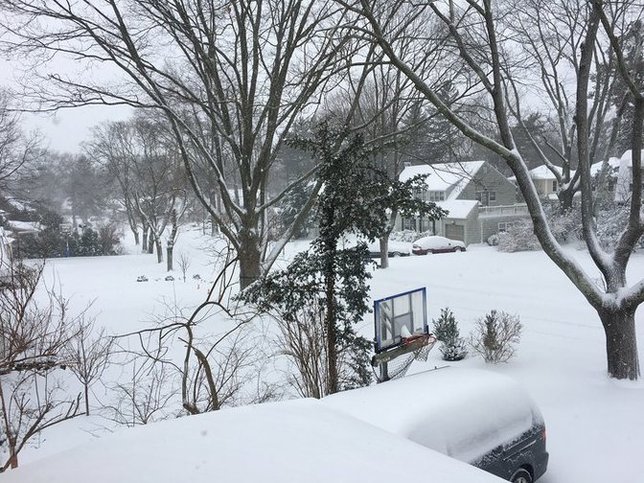 Powerful winter storm expected to dump between 12 and 18 inches of snow upon our area.

For those hoping that the frigid winter weather was finally giving way to warmer, more temperate March climates, it appears that Old Man Winter is taking one final spiteful swipe at the Eastern Seaboard.

The National Weather Service (NWS) in Upton has issued a Blizzard Watch, which is in effect from late Monday night through Tuesday evening. The watch has been issued for New York City and Long Island, as well as for Southern Westchester, Southern Fairfield, Southern New Haven, Middlesex, and New London counties.

The NWS’s forecast called for snow accumulation in the neighborhood of 12 to 18 inches and temperatures dropping into the upper 20s; in addition, blizzard conditions will account for strong Northeast winds ranging from 20 to 30 miles per hour (mph), with gusts hitting as hard as 40 to 50 mph.

While the blizzard hitting the Long Island area is a certainty at this point, most reports indicate that it's too early yet to know exactly where in the New York region the most snow will fall.

Travel conditions are expected to be very dangerous due to the anticipated moderate to heavy snow snowfall – with visibility cut down to one quarter mile or less at times – and gusty winds resulting in possible whiteout conditions, making driving in all but emergency situations ill-advised. A potential for power outages also exists, so residents are advised to take all possible precautions just in case power is lost  for an extended period in their area.

After a brief spell of warmer temperatures, March has seen a spell of unseasonably cold weather, with average highs about 15 or 20 degrees below normal for the season. However, New York as a whole as has seen far less snow this winter compared to the previous year; by March of 2016, 32.3 inches of snow had fallen in the area, as opposed to just 20.5 inches by March of 2017.

Ready.gov, the Official website of the Department of Homeland Security, offers the following advice on how to best deal with the uncertainty and hazardous nature of blizzard conditions:

Before the blizzard approaches, add the following supplies to your emergency kit:

For the most up to date weather information, go to the LongIsland.com Weather Center, where you can find the latest weather forecasts, advisories, and more.

Districts have not announced school delays and closings yet, but the latest information on local School Closings & Delays is available here on LongIsland.com.