Easter is right around the corner! On top of the many Easter celebrations, enjoy comedy shows, theater performance and much more on Long Island! 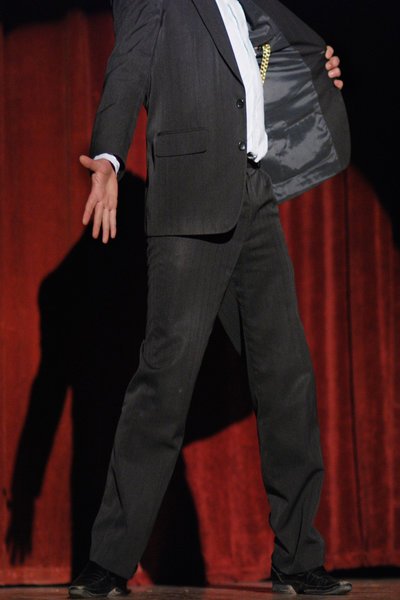 Looking to unwind during the end of the week and into the weekend? Get in some laughs with comedy performances on Long Island! There are also theater performances to enjoy, roller skating with the Easter bunny, and other Easter parade celebrations. Check out the full details below!

FRIDAY – APRIL 18, 2014
Who: Cliffhanger At Studio Theatre
Info: The “golden years” are what many people long for, but plans for that are disturbed for a professor at a small college in this theater performance. After a long tenure at the college, the professor of philosophy looks forward to being appointed to an endowed chair, but plans for that are jolted when his ruthlessly ambitious and vindictive successor informs him that she will not be recommending him. In shock and anger, the professor grabs a bust of Socrates and strikes his successor. Now, he looks to dispose of the body.
Cost: $14 to $20
Time & Place: 8PM at Studio Theatre, 141 South Wellwood Avenue, Lindenhurst – (631) 581-2700

Who: Comedian Andrew “Dice” Clay At Governor’s Comedy Club
Info: It’s going to be a special event at Governor’s with comedian Andrew “Dice” Clay!  Clay has also had an acting career with a lead role in the film ‘The Adventures of Ford Fairlane.’ He’s also played in other movies. The event is open to those ages 18 and older. There’s also a two beverage minimum per person at the tables.
Cost: $55 to $85
Time & Place: 9PM at Governor’s Comedy Club, 90 Division Avenue, Levittown – (516) 731-3358

Who: Bingo! The Winning Musical At Theatre Three
Info: A colorful group of die-hard Bingo players have their lives turned upside down when a young stranger blows through their bingo hall during a terrible storm. The event also makes the players confirm their past. While enjoying the show, also play games of bingo for real prizes.
Cost: $15 to $30
Time & Place: 8PM at Theatre Three, 412 Main Street, Port Jefferson – (631) 928-9100

SUNDAY – APRIL 20, 2014
Who: Easter Vintage Car Exhibit And Parade
Info: Spectators are welcome to enjoy a vintage car exhibit/parade decked out for Easter celebration! The vintage cars featured include authentic old motorcars from 1898 to 1989.
Cost: Free Event For Spectators
Time & Place: Gates Open at 10AM at Parking Field 9E (East side of Franklin Avenue, between Ninth and Eleventh Streets), Parade Begins at 1PM, Garden City – (516) 746-7724 ext. 101

Who: Garden Party At Nassau County Museum Of Art
Info: Enjoy the Garden Party exhibit which delves into the imagery of “fete champetre,” through paintings, sculptures, costume, fabrics, and decorative arts. Artists include Chagall, O’Keefe, Rosenquist, Mapplethorpe, and more.
Cost: Access To Exhibit Included with Admission, $10 For Adults, $8 For Seniors, $4 For Students and Children 4-12
Time & Place: 11AM to 4:45PM at Nassau County Museum of Art, One Museum Drive, Roslyn Harbor – (516) 484-9337